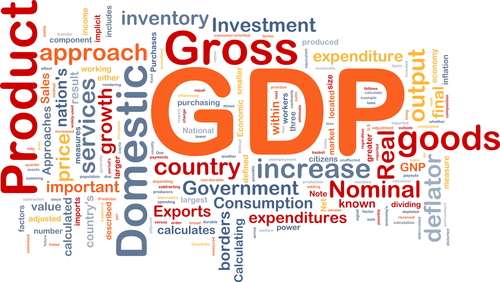 WHEN the government project­ed the economic growth rate for the current year at 5.1pc in June against last year’s 4.14pc, it had not anticipated the devastating floods and the political agitation of Imran Khan and Tahirul Qadri.

Within the first quarter of this fiscal, both events struck the political nerve centre and food basket in Punjab, raising fears among a few economists that nothing less than 2.5pc of economic growth may be compromised. As the dust settles, these doomsday scenarios seem to be exaggerated, although it would require a comprehensive field study over the next few months for conclusive estimates.

As of September 25, the National Disaster Management Authority (NDMA) had reported that crops were affected in 2.4m acres of land and less than 8,700 cattle perished during the two-week-long natural disaster, affecting 26 of Punjab’s 36 districts. Sindh, another major contributor to GDP, faced negligible damage to crops and cattle. The infrastructure, like roads, pipelines, power plants and industrial units, remained safe.

As economists seem divided over the losses arising out of the flood, they are almost unanimous over the negligible impact of the dharnas of Imran Khan and Tahirul Qadri on this year’s GDP, notwithstanding the substantial immediate financial impact and long-term investor confidence loss.

Former principal economic adviser to the finance ministry Sakib Sherani, who now runs Macro Economic Insights (a consultancy), said the impact of the recent floods on GDP could be no more than 0.2-0.3pc, while the impact on balance of payments could be around $380m. These are software-generated estimates on the basis of actual data available as of September 25 on flood damages.

Mr Sherani explained that about 300,000 acres of cotton area had been affected, much less than previous estimates of 700,000-800,000 acres. The total area affected by floods have peaked at 2.4m acres. Against this, the super floods of 2010 had inundated more than 5m acres of crop area. The livestock loss was also substantial, and even then, the impact was less than 2pc of GDP.

He said because of latest estimates, the unit price in the cotton market had peaked around September 11-12 when fears were high, but the prices have since collapsed with the realisation that the negative impact was not that much. He said even the government’s estimates of Rs1.1trn loss caused by the political agitation was an overstatement, although the psychological impact on perceptions about potential investment was quite high, but unquantifiable.

While the Asian Development Bank (ADB) has noted security and political concerns and effects of floods as downside risks, it, in fact, upgraded Pakistan’s growth estimate to 4.2pc for this fiscal on September 25, up from its previous estimate of 3.9pc.

And although multilaterals are generally conservative in their estimates, the ADB noted easing fiscal consolidation, increased public sector development allocation, continuing reforms and improving security environment as reasons behind the improved growth prospects, subject to easing of energy shortages.

The fears of excessive damages to the national economy were raised by former finance minister Dr Hafeez Pasha, who estimated last week that floods in Punjab and Sindh could shrink economic growth by as much as 2.5pc. “The severe blow dealt to agriculture by floods, particularly in Punjab and Sindh, may send the country’s GDP growth, envisaged at 5.1pc, to below 2.5pc,” he said.

Former economic adviser to the finance ministry and now Dean of the business school at the National University of Science and Technology (NUST) Dr Ashfaque Hassan Khan put his weight behind Dr Pasha, though for some other reasons.

He said floods have negatively affected agriculture and livestock, which, coupled with its spin over to textile and exports, could impact the growth rate by 2.5pc. “The GDP growth rate this year would be somewhere between 2.5pc and 3pc,” he said, and blamed the PML-N government for the economic deterioration.

“The vehicle remains the same, only the driver has changed.” He added that the industrial sector had already been slowing down after the first six months of the current year because the euphoria about economic improvement and policymaking had evaporated.

Dr Ashfaque said large-scale manufacturing (LSM) output in July-August last year stood at 4.3pc, which was artificially jacked up to 11pc in September, followed by an average of 3.7pc in October and November, and then artificially improved to 11pc by the government. Between January-June 2014, the growth rate averaged 1.7pc and slumped to 1.1pc in July. This means LSM had already collapsed, with floods only contributing to this, he said.

He added that exports, tax collection and balance of payments would be badly affected. He, however, ruled out any negative impact of the prolonged political sit-in in front of parliament house on GDP, except for the loss of investor confidence in a weakening political government.