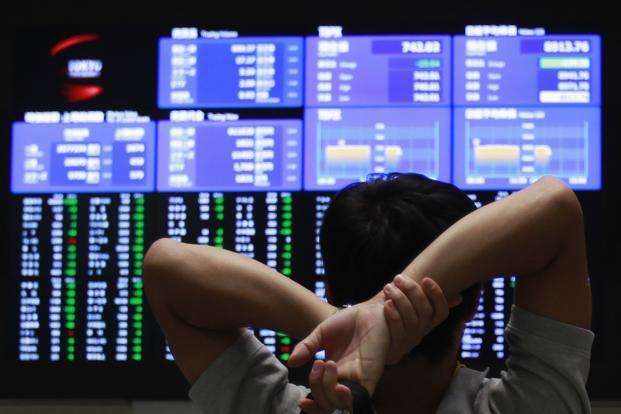 TOKYO, March 13 (Reuters) – Asian shares cautiously rebounded from two-week lows on Thursday though investors were in no mood to embrace risk ahead of a batch of Chinese data that may offer clues about the extent of its economic slowdown.

A standoff in Ukraine, signs of weakness and other risks in China’s economy and a massive fall in copper prices are spooking investors, though a flat close on Wall Street and some positive regional data helped to underpin some markets.

“But concerns about China remain the biggest issue for the market, and this will continue to affect markets throughout the first half of this year.”

Copper  CMCU3 – seen as a good gauge of global economic strength because of its extensive use – stabilised at $6,508 a tonne, keeping some distance from a four-year low at $6376.25 hit on Wednesday.

Still, after a drop of around 7 percent so far this month, investors are worried about a possible unraveling of Chinese loan deals using copper as collateral, which could add more pressure on copper prices.

On Wall Street, the S&P 500  .SPX reversed early losses and ended nearly flat, outperforming many others thanks in part to a string of positive data on the U.S. economy.

Investors will keep a close watch on Chinese data due at 0530 GMT, including urban investment, industrial output and retail sales, which will follow a disappointing series of February data in recent days.

“We expect modest downside surprises, which are likely to keep sentiment toward China somewhat negative,” analysts at Barclays Capital said in a note.

The diplomatic stalemate between Russia and the West over Ukraine has also led investors to buy traditional safe haven assets.

U.S. Treasuries have erased all their losses after last week’s strong payrolls data, with the benchmark 10-year yield  US10YT=RR at 2.74 percent versus its six-week high of 2.82 percent hit on Friday.

In the currency market, the Swiss franc was little changed after hitting a two-and-a-half year high of 0.8734 franc to the dollar  CHF=, while the Japanese yen  JPY=, which is under pressure from the Bank of Japan’s easing, also ticked up slightly.

Going against the tide of risk-off trading, the New Zealand dollar hit a five-month high of $0.8527  NZD=D4 after the country’s central bank raised rates as expected and pointed to further tightening ahead to curb inflationary pressures. (Full Story)

U.S. crude futures traded near one-month lows hit on Wednesday after Washington announced a surprise plan for a test release of strategic oil reserves, trading at $98.12 per barrel  CLc1, near Wednesday’s low of $97.55.

But the European benchmark Brent held relatively firm at $108.26 as it drew support from the unfolding crisis over Ukraine.