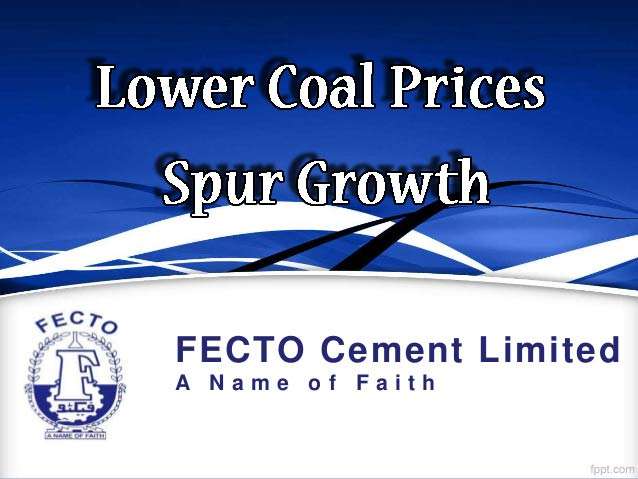 In our today’s morning report we would discuss the performance of Fecto Cement Limited (FECTC) in 1QFY16.

For the 1Q of running fiscal, Fecto Cement pronounces decent growth in the earnings which actualized into profit-after-taxation of Rs 182 million (EPS: Rs 3.60) compared with Rs 163 million (EPS: Rs 3.25) of 1QFY15. This earning depicts a surge of 11% and has its reasons as follows; lower coal prices, higher retention prices; and fall in financing cost. On QoQ basis, net earnings fall by 22% to Rs181 million (EPS: Rs3.60) in 4QFY16 against Rs231 million (EPS: Rs4.61) in equating quarter of last fiscal mainly due to 16% lower dispatches.

The scrip is currently trading at a price of Rs 74.01/share offering an upside potential of 14% from our June’16 target price of 84/share.