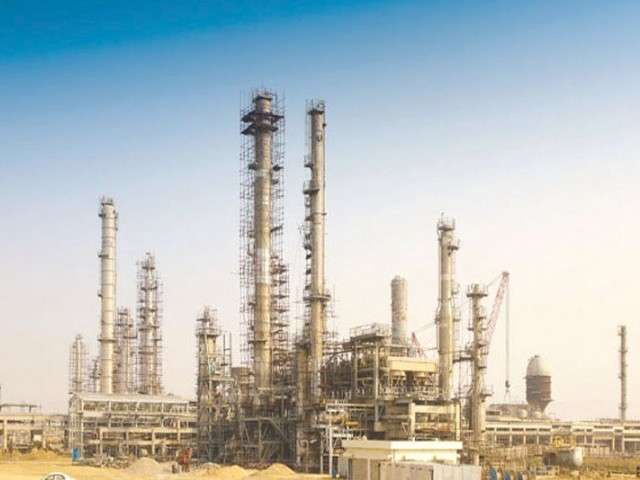 The drastic decline in international oil prices and rise in exploration cost on account of 3 dry wells Pindori, Ikhlas and Malgin turned out to be the reasons of lower PAT. The company declared 250% final cash dividend making a total of 400% cash dividend concluding its fiscal year.

Net sales declined by 12% from Rs 37.9 billion to Rs 33.3 billion, on annual comparison, owing to lower crude oil prices and decline in production of gas volumes.
Yearly increase in production was witnessed in crude oil and LPG segments where crude oil increased by 6% from 5,951bpd in FY14 to 6,300bpd in fiscal year end 2015. Gas production declined by 9% to 71.12mmcfd from 77.76mmcfd.
LPG jumped by 69% to reach 134 metric tons per day from 79 metric tons per day during fiscal year end June 2014; which was mainly from TAL block due to commencement of LPG production from Makori Gas Plant Facility. Increase in crude oil production is mainly from Makori East-4 (2,900bpd oil and 12.34mmcfd gas) and Maramzai-3 (830bpd oil and 20.39mmcfd gas). Mardankhel-01 got successful production at its four cased holes; Lumshiwal lead the sites production with 2,105bpd oil and 24.01mmcfd gas; Lockhart site followed with 1,840bpd oil and 22.37mmcfd gas production; third comes Samanasuk with 516bpd oil and 12.78mmcfd gas; and least production got received from Hungu with 70bpd oil and 0.85mmcfd gas.

Last quarter remained critical as all the eyes were set to US-Iran talks that were directly affecting international oil prices. On the other hand, rupee dollar parity also kept the management on toes. Green signal to do drilling at three shores jumped the exploration cost by 9169% that resulted in shunt profit after tax by 46% to hit Rs 1.1 billion for the year ended 2015, that was earlier recorded Rs 2 billion during last year ended 2014.

As per the notice issued by the company, Makori Gas processing facility (MGPF) has been restored for the production of oil. LPG production, however, is expected to be resumed by the end of September 2015. The script is offering an upside potential of 43% from our June’16 target price of Rs 430/share.