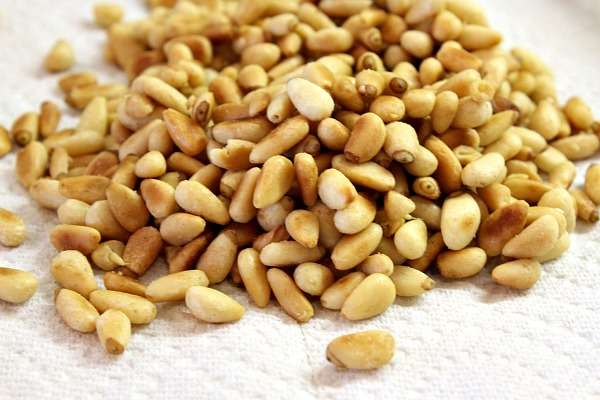 Pine nut traders in southeastern Paktika province complain they have to suffer losses worth millions of Afghanis every year due lack of access to suitable markets.

Most of the businessmen sell their annual stock to Pakistani traders at throwaway prices. The Pakistanis export the same dry fruit with their own labels, they say.

Malem Hamdullah, one of the resentful traders, told Pajhwok Afghan News they suffered huge losses because of having little or no access to foreign markets.

The Ministries of Agriculture and Livestock and Commerce and Industries should extend them all-out cooperation to get access to regional and international markets.
Paktika has dense pine nut forests. After purchasing and processing the nuts, Pakistan exports the dried fruit to regional, Asian and European countries with its own label, he claimed.

Hamdullah grumbled the government�s continued unconcern left them with no option but to sell their pine nuts to the Pakistanis at dirt-cheap prices and on deferred payments.

Similarly, another trader Juma Khan also accused the central government of ignoring their plight over the years. The trade will see a boost if the authorities provide businessmen with the required facilities.
Argon, Gayan, Zherok, Nakai, Chahar Baran, Sra Rawza, Barmal and some other districts of Paktika have dense pine nut forests. But the rulers remain insouciant about our woes, he deplored.
Relevant government departments could help them with the construction of cold storage facilities and access to international markets, he explained, saying hundreds of tonnes of pine nuts were sold to Pakistan annually.

But Dur Mohammad, a farmer from the Sultan village of Sara Rawza, said: “Some days back, I sold my pine nut forest to an Afghan trader for 15 million afs. After a few days, the forest was sold to a Pakistani trader for 20 million afs.”

Mohammad Raza, the Argon district chief, confirmed the traders problems, including lack of access to the international market. But he said the issue had been taken up with higher-ups. During the harvest season, the official added, job opportunities were created for hundreds of people, including women.
Agriculture Department official Akbar Khan also verified the losses suffered by Paktika pine nut traders. However, he avoided going into details. Most of the mountains in the province are rich in pine nuts and the government should facilitate the businessmen.