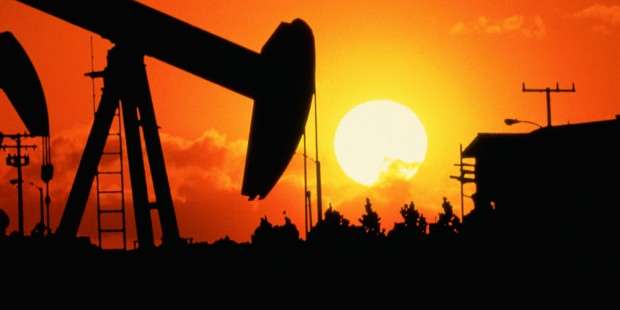 LONDON, March 26 (Reuters) – Conflict in Yemen risks spilling out into the busy sea lanes that pass it and potentially disrupt the narrow Bab el-Mandeb passage through which nearly 4 million barrels of oil are shipped daily to Europe, the United States and Asia.

Oil prices rose as much as 6 percent on Thursday after neighboring Saudi Arabia and its allies launched air strikes on Yemen that targeted Iran-backed Houthi rebels fighting to oust Yemen’s president. O/R

The development is a gamble by the world’s top oil exporter to check Iranian influence in its backyard.

“The collapse of Yemen as a political reality and the power of the Houthis will enable Iran to expand its presence on both sides of the Bab el-Mandeb, in the Gulf of Aden and in the Red Sea. Already discrete numbers of Iranian naval vessels regularly sail these waters,” J. Peter Pham of U.S. think tank the Atlantic Council said.

Analysts say Houthi forces do not themselves have the maritime capabilities or the interest to target the Bab el-Mandeb, while warning of Iranian influence.

“If the Iranians were to gain access to a de facto base in some port or another controlled by the Houthis whom they have aided in the latter’s fight, the balance of power in the sub-region would shift significantly,” said Pham, who also advises U.S., European and African governments

The United States and its allies regularly stage naval exercises in the Gulf. The head of U.S. forces in the region said on Thursday the U.S. military would work with Gulf and European partners to ensure the Bab el-Mandeb remained opened. (Full Story)

Militants have launched successful maritime attacks in the area before. Yemen has a 1,900-km (1,181 mile) coastline that also juts into the Gulf of Aden and Red Sea.

A suicide bombing carried out by al Qaeda killed 17 sailors on the U.S. warship Cole in Aden’s port in 2000. Two years later, al Qaeda hit a French tanker in the Gulf of Aden, south of the Bab el-Mandeb.

Egypt has said it could not stand by if its interests were threatened. (Full Story)

Maritime sources said four Egyptian naval vessels have crossed the Suez Canal en route to Yemen to secure the Gulf of Aden and were expected to reach the Red Sea later on Thursday. (Full Story)

Iran, which denies providing money and training to Houthi militia, demanded an immediate halt to all military “aggressions” in Yemen. (Full Story)

Last year Israel seized a ship in the Red Sea on suspicion of smuggling arms from Iran to the Gaza Strip. (Full Story)

“If such operations were to increase or an intrusive inspection regime introduced, there would be obvious repercussions to shipping through the Bab el-Mandeb, possibly even creating a real choke point,” the Atlantic Council’s Pham said.

The area has also witnessed multiple hijackings on merchant ships by Somali pirate gangs in recent years, which has abated due to the presence of international naval forces including the United States and Iran.

Shipping and insurance sources say disruptions to shipping would raise costs. Yemen shut its major seaports on Thursday due to the fighting. (Full Story)

“If a ship is attacked or damaged that would lead to an immediate market reaction. No one at the moment wants to be first to do anything. But everyone is watching this minute by minute,” a top ship insurer said.

Any closure of Bab el-Mandeb, Arabic for “Gate of Tears” due to its precarious navigation, would close off the Suez Canal and the SUMED pipeline that connects to the Mediterranean and supplies oil to southern Europe.

“If an escalating conflict results in the closure of the Bab el-Mandeb Straits, tankers from the Persian Gulf would be unable to reach the Suez Canal and the SUMED Pipeline, diverting them around the southern tip of Africa, a journey of at least 40 days,” said shipping analyst Natasha Boyden with MLV & Co.

“Because of recent events, Yemen is now really in a category where no one is binding new business. Instead they are working on evacuation and business interruption for existing clients who are abandoning assets,” said Smita Malik of insurance provider Clements Worldwide.

“It is like the analogy that you can’t insure your house when it is already on fire.”