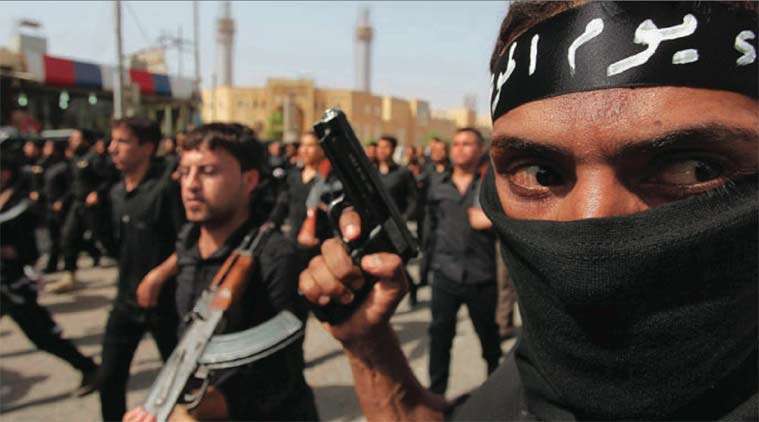 The Pakistan Army said on Thursday that the footprints of the militant Islamic State (IS) group had been eliminated from Pakistan.

In all, 309 people had been apprehended thus far, including 25 Afghans and other foreign nationals and 157 “freelancers” and fighters from smaller groups.

He said that major terrorist attacks planned by IS acolytes on targets including the Ministry of Foreign Affairs, foreign embassies, consulates and their staff, Islamabad airport, prominent public figures, mediapersons and law enforcement personnel, had been averted.

“A proactive approach and the efforts of law enforcement agencies have forestalled the threat of Daesh for the time being and the network has been busted. But the threat is not over yet, as their presence in neighbouring Afghan­istan is still [something] we are worried about,” he remarked, referring to the IS by its more popular Arabic acronym.

Lt Gen Bajwa said Daesh was still operating in some parts of eastern Afghanistan and could still try to make ingress into Pakistan.

Explaining the evolution of Daesh, he recalled that in Jan 2015, six Tehreek-i-Taliban Pakistan (TTP) leaders based in Afghanistan’s Nangarhar province had released a video pledging allegiance to the Middle-Eastern terrorist outfit. In the video, ‘commander’ Hafiz Saeed Khan was nominated as their leader.

Daesh-affiliated organisations in Pakistan, he said, were led by Hafiz Umar and consisted of about two dozen people. He said one wing was responsible for planning terrorist activities with a network of educated and well-off individuals, while another wing was overseeing militant operations through local criminals and terrorist groups.

According to Lt Gen Bajwa, Hafiz Umar, the Daesh mastermind in Pakistan, had killed 15 law enforcement personnel and was also involved in attacks on two private TV channels in Faisalabad towards the end of 2015.

Ali Rehman, a top-tier Daesh commander and ideologue in Pakistan, had killed 14 law enforcement personnel and was named as Sabeen Mahmud’s target killer.

The ISPR chief also gave a detailed Powerpoint presentation on the various Daesh operatives involved in terrorist attacks on TV channels in different parts of the country.

Talking about preventive measures, he said that proper gates will be installed at all 18 major crossings between Pakistan and Afghanistan to ensure that only those with valid documents could come and go through there. He said hundreds of new posts will be established and new wings of the Frontier Corps will be raised for efficient border management.

When asked to comment on US Secretary of State John Kerry’s recent remarks in India, who had urged Islamabad to push harder against militants hiding within its borders, Lt Gen Bajwa said that Operation Zarb-i-Azb was indiscriminate and against terrorists of all hues and colours. “We have no favourites,” he said, rejecting the dichotomy of ‘good’ and ‘bad’ Taliban.

He highlighted that Pakistan had suffered a cumulative loss of $106.98 billion in the war on terror between 2001 and 2015. “We are not doing it for anyone but ourselves,” he stressed.

In response to another question about the demand for a Rangers-led operation in Punjab, he disclosed that a gang of terrorists has been busted in Faisalabad on Thursday morning, adding that two of the men were high-value targets.

He said 3,500 terrorists had been eliminated during the course of Operation Zarb-i-Azb, while 2,272 soldiers were and 537 personnel had embraced martyrdom, including 18 officers, 35 junior commissioned officers and 484 soldiers.

He said that they had recovered enough explosives and ammunition from terrorists during the Khyber operation to carry out terrorist activities every day for the next 21 years.

Saying that terrorism was rampant in the country before Operation Zarb-i-Azb was launched, the ISPR chief said that North Waziristan was an epicentre of terrorism and nobody could have imagined entering it. However, the forces had now completely cleared the area and moved on to the Khyber Agency, where terrorists were settled.

“Given the rough terrain of North Waziristan, it was a challenging task to carry out the operation, yet the armed forces were successful in clearing out all terrorist hideouts, caves and tunnels,” he said, adding that Khyber was worse.

“Residents of the area are gradually returning, but they want the army to stay and provide stability and security to help locals revive the economy. Shawal is known for its chilghozas (pine nuts), which he claimed the terrorists were selling to fund their activities.

He said that since the launch of the operation, terrorist incidents in Karachi had declined by 74pc, while target killings, extortion and kidnappings witnessed a decline of 94pc, 95pc and 89pc, respectively. Around 848 target killers were apprehended, 447 criminals killed and another 233 nabbed during the operation, he said.