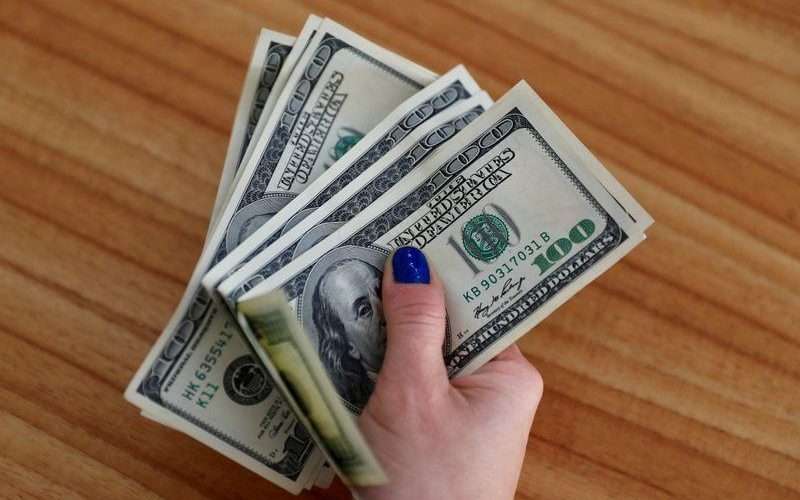 Investors are counting on a weakening dollar to boost rallies in everything from U.S. stocks to emerging markets and industrial metals in 2021.

Record-low U.S. interest rates, massive financial stimulus and a growing appetite for risk are among the catalysts that contributed to the dollar’s 6% drop against a basket of its peers year-to-date, putting it on track for its weakest year since 2017.

Over two-thirds of analysts in a recent Reuters poll said the dollar would keep falling until at least mid-2021, as investors continue shifting into comparatively riskier assets and seeking higher yields.

“The table is set for continued dollar weakness,” said Michael Purves, chief executive officer at Tallbacken Capital Advisors, in a note to clients.

A weaker greenback is a boon to U.S. exporters as it makes their products more competitive abroad. It also makes it more profitable for U.S. multinationals to convert foreign earnings back into dollars.

BofA Global Research estimates that every 10% drop in the U.S. dollar translates to a roughly 3% boost to S&P earnings.

At the same time, the S&P 500 has tended to rise an average of just over 22% following years when the broad trade-weighted dollar – which measures the U.S. currency against those of the country’s major trading partners – declined between zero and 3%, according to research from Bespoke Investment Group.

With that measure down just over 1.3% this year, “things look very, very good for equity investors in 2021,” Bespoke’s analysts wrote earlier this month.

That said, a steady decline in the dollar may be preferable to a bumpy ride lower.

The negative impact of currency fluctuations on North American companies hit a four-quarter high of $14.16 billion in the second quarter of 2020, according to treasury and financial management firm Kyriba.

Declines in the dollar tend also to buoy prices for raw materials, which are priced in the U.S. currency and become more affordable to foreign investors when the greenback declines.

“The dollar’s decline is a double boost for commodities, not only because most commodities are priced in dollars, but also because periods of dollar weakness tend to coincide with greater growth,” said Jeroen Blokland, portfolio manager at asset manager Robeco.

The S&P/Goldman Sachs Commodity Index is up about 74% since late April, fueled by rallies in everything from oil to gold.

In fixed income markets, the classic way to play the dollar’s weakness is to increase exposure to inflation-sensitive assets such as the Treasury’s inflation-protected securities, known as TIPS, said Thanos Bardas, managing director and co-head of global investment-grade fixed income at Neuberger Berman.

Inflation tends to rise as a currency loses purchasing power.

Although inflation has consistently remained below the Fed’s 2% target throughout the last decade, trillions of dollars in government spending have recently revived discussions of its return.

A weaker dollar is also a boon for emerging markets, making it easier for countries that borrowed in dollars to service their debt. The MSCI Emerging Markets Index, which measures stock performance, is up 13% year-to-date.

Analysts at Societe Generale have reduced the dollar’s weighting in their multi-asset portfolio to a record low while recommending increased exposure to emerging market equities, particularly those of Korean and Indonesian companies.

Few expect betting against the dollar, however, to be a one-way street. Signs that the Fed may tighten monetary policy earlier than expected could also boost the greenback, analysts said.

The currency has also tended to firm when market uncertainty rises and investors seek safe-haven assets. Such a move came earlier this week, when concerns over a coronavirus resurgence sent the currency higher.

The episode illustrated that when risk appetite dries up, the dollar remains “the safest of safe havens,” wrote John Hardy of Saxo Bank.

Subscribe to Our YouTube Channel and Get the Latest Updates on Pakistan’s Financial Markethttps://www.youtube.com/c/InsideFinancialMarkets/?sub_confirmation=1 1. Punjab Government likely to impose complete...