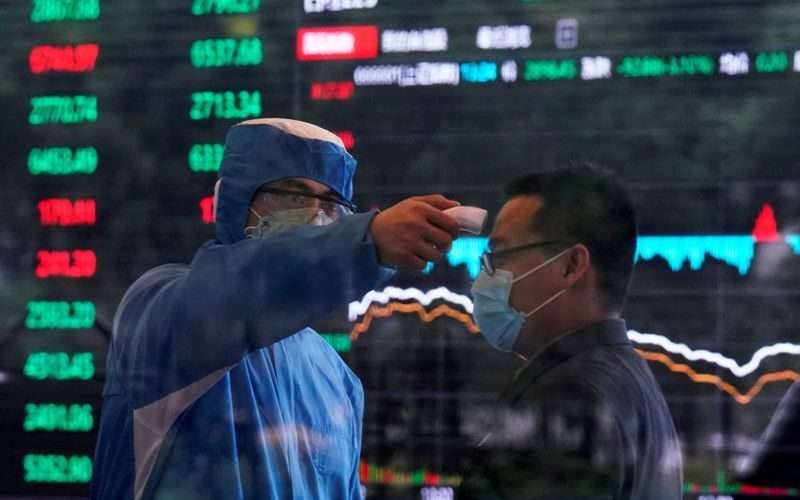 Asian shares slipped on Monday on fears the global economy may sputter for a while due to a resurgence of coronavirus infections in Europe, while fading hopes for U.S. fiscal stimulus also weighed.

The gloom spread to early European trade with pan-region Euro Stoxx 50 futures STXEc1 and German DAX futures FDXc1 both down 0.9%, while France’s CAC 40 futures FCEc1 stumbled 0.6%. Futures for London’s FTSE FFIc1 were off 1.1%.

Most major Asian indexes were in the red and MSCI’s broadest index of Asia-Pacific shares outside Japan .MIAPJ0000PUS was 0.6% weaker at 565.75.

Australia’s .AXJO benchmark index slipped 0.7% while New Zealand’s .NZ50 faltered 0.8%. Chinese shares were lower too with the blue-chip index .CSI300 down 0.8%. Japanese markets were closed for a public holiday.

“The second phase of the recovery will likely be bumpy and fraught with pitfalls,” Bostjancic added.

“The development of the pandemic remains the overriding factor driving the economy, discussions on the fiscal policy, and ultra loose policy by the Fed.”

The biggest threat to world growth is a resurgent pandemic – coronavirus cases have now surpassed 30 million globally – with analysts fearing growth and inflation could surprise on the downside in the coming year. A lack of material development on U.S. stimulus package is also an overhang, they said.

Adding to worries, European countries from Denmark to Greece announced new restrictions on Friday to curb surging coronavirus infections in some of their largest cities, while Britain was considering a new national lockdown. (Full Story)

“Where is the inspiration for the equity bulls, I ask? We have diminishing prospects of fiscal stimulus, crazy valuations and a firm focus on an ugly U.S. election and COVID shutdowns, which suggest short-term risks for equities,” said Pepperstone strategist Chris Weston.

Currency strategists said the dollar weakness may signal more volatility ahead of the Nov. 3 U.S. elections where Republican President Donald Trump will face off against Democratic challenger Joe Biden.

“In a world where real rate differentials increasingly drive capital flows, in developed market, FX Japan has the highest and positive real yields, and even more so when adjusting for hedging costs,” Weston said.

“This makes the JPY very attractive, especially against the GBP and USD, where real rates are not just negative but in the case of the Fed, they are actively seeking lower rates out.” 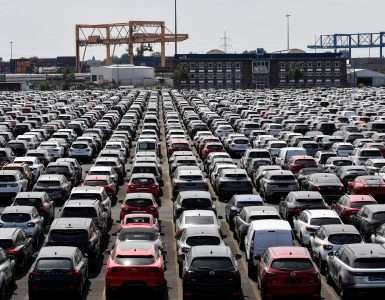 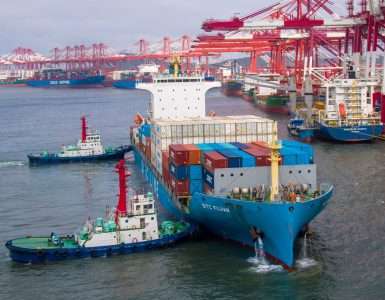 The value of global trade is set to fall by 7% to 9% in 2020 from the previous year, despite signs of a fragile rebound led by China in the third quarter, a United Nations report said on Wednesday. No region was spared...