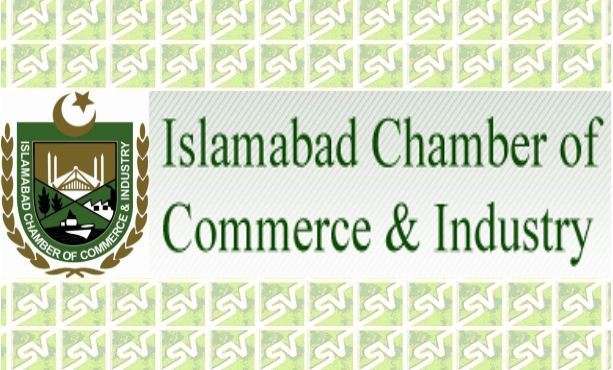 ICCI calls for gearing up the economic reforms process in 2021

Islamabad Chamber of Commerce and Industry (ICCI) on Saturday urged the government for expediting economic reforms activities for the revival of national economy.

Fatma Azim, Acting President ICCI said that the economic reforms process of the government was quite slow.

Due to which recovery of business and economic activities was not picking up momentum up to desired level and urged the government to put the reforms process in fast gear to create a conducive environment for better growth of business activities.

She said the Prime Minister has already announced that the new year would be the year of economic growth for Pakistan and added that this goal could only be achieved by putting the reforms process in top gear.

She said this while talking to a delegation of local industrialists that called on her led by Mian Akram Farid, Chairman Founder Group, Islamabad Chamber of Commerce and Industry and discussed with her the key issues of the economy.

Fatma Azim said one of the better options for the government to accelerate pace of business and industrial activities was to bring down the policy interest rate to at least three percent level, which would make significant reduction in credit cost for the private sector and give a boost to business and investment activities in the country.

She said businesses were still struggling to combat the impact of Covid-19 pandemic and in these tough times, reducing policy interest rate to three percent would provide great relief.

Speaking at the occasion, Mian Akram Farid Chairman Founder Group Islamabad Chamber of Commerce and Industry said that industrialization should be the priority focus of the government to put the economy on the path of sustainable growth and create employment opportunities.

He demanded that the similar kind of relief package should be announced for other major industries that would accelerate the pace of industrialization in the country.

She further emphasized that the government should reduce import duties and taxes on industrial machinery, equipment and plants so that the local industry could upgrade its manufacturing set up and produce value added products that would increase our exports significantly.

Mian Akram Farid said that women were over 50 percent of the country’s total population and the government should form conducive policies for economic empowerment of women so that they could play a more effective role in the national development of the country.

He said that the government should make new policies for promoting women entrepreneurs that would bring progress and prosperity to the country.

Abdul Rehman Khan Vice President ICCI said that FBR remained short of Rs.16 billion in collecting the projected tax target of Rs.2.21 trillion during the first half (July-Dec) of the current fiscal year, which necessitated the speedy reforms in the tax authority to improve its performance.

He said high tax rates in Pakistan were a major cause of tax evasion in the country and stressed that government’s reforms efforts in FBR should focus on reducing tax rates and broadening the tax base that would help in fostering tax culture and improving tax revenue of the country.