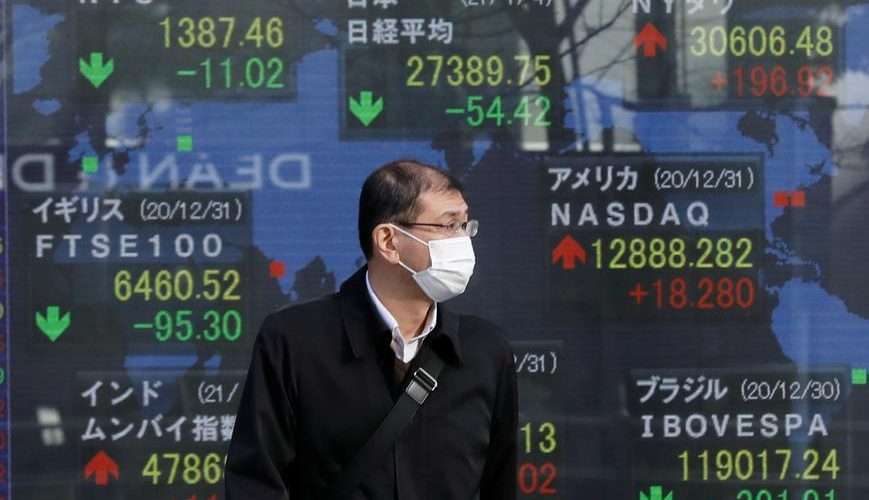 U.S. Treasuries had suffered their steepest selloff in months after Democrat victories in two Georgia races handed them narrow control of the Senate, bolstering President-elect Joe Biden’s power to pass his agenda.

MSCI’s broadest index of Asia-Pacific shares outside Japan rose 0.7% and Japan’s Nikkei rose as much as 2% to hit its highest since 1990.

“It’s basically a re-flation trade,” said Mathan Somasundaram, head of Sydney-based research firm Deep Data Analytics, who added the Democrat sweep was unexpected by most investors and “changes a lot”.

“Even though its a razor-thin margin, it gives Democrats a two-year window (to pursue their agenda),” he said. “Anything that benefits from rising prices is going to do well…when you look at the policy settings they are trying to get through, it’s about printing (money for) Main Street and not Wall Street.”

Wednesday’s bond selloff pushed the yield on benchmark 10-year U.S. Treasuries over 1% for the first time since March. It rose as high as 1.0510% on Thursday. [US/]

The U.S. dollar wallowed as the result became clearer because currency traders reckon big and growing U.S. trade and budget deficits will weigh on the greenback. [FRX/]

The dollar struck an almost three-year low against the euro of $1.2349 and hovered near that level on Thursday. It also languished near recent multi-year troughs against the Aussie, kiwi and Swiss franc.

The exuberance was tempered by some selling in tech stocks, as investors expect the sector to face taxes and regulations, and by unsettling scenes of protesters storming the Capitol to disrupt certifying Donald Trump’s electoral defeat.

Wall Street eased from session highs as police evacuated lawmakers and struggled for more than three hours to clear the Capitol of Trump supporters.

“What give us a little bit of a pause is that the economy is still very fragile and I think it’s unlikely that Democrats are going to have as easy of a time as markets are trying to predict in passing some of these policies,” said Tim Chubb, chief investment officer at wealth advisor Girard in Pennsylvania.

Congress has since reconvened to resume the election certification where it quickly became clear that objections from pro-Trump Republican lawmakers to Biden’s victory in battleground states would be rejected overwhelmingly.

Meanwhile a U.S. crackdown on Chinese companies appears to be deepening, with sources telling Reuters the Trump administration is considering extending investment bans to tech giants Alibaba, and Tencent.

Shares in both fell more than 4% in Hong Kong and shares in three Chinese telecom firms that the New York Stock Exchange has eventually decided to remove after a week of flip-flopping also fell heavily.