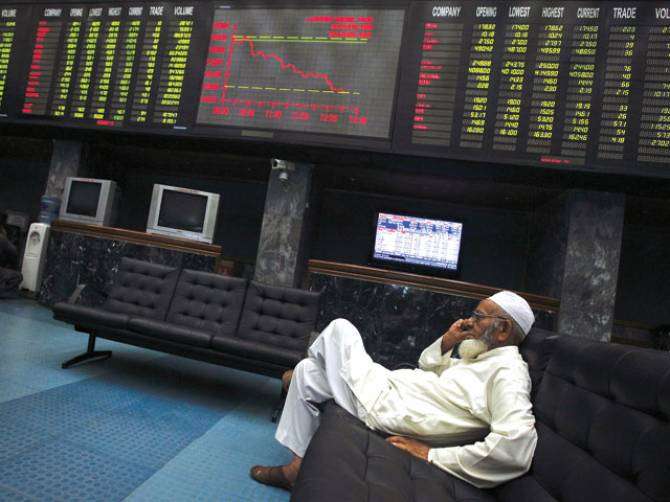 KARACHI: The Karachi bourse failed to maintain its bullish momentum in a volatile session and underwent correction as the index-heavy oil and gas sector and the banking sector dipped.

However, the cement sector managed to stall the freefall and held its ground due to excitement about higher budgetary allocation for the Public Sector Development Programme, which will lead to bottom-line growth for the sector.

Investors believe a reported power tariff hike of Rs2.5 per unit can substantially reduce the nuisance of circular debt that is choking the power sector and the economy. However, the dividend paying ability of public sector companies like Pakistan State Oil and Oil and Gas Development Company may not improve as sharply as the market is pricing in, dealers said.

However, the session was interesting as the cement sector held its ground on the back of higher allocation for the Public Sector Development Programme in the budget for 2013-14, Batla added. DG Khan Cement followed by second-tier stocks continued to rally.

The banking sector bled red during the session, but Bank Alfalah managed to close at its upper lock. The banking sector had been in the limelight, recently, as investors anticipate that the economy will benefit from pro-industrial and development policies of the current government.

Foreign institutional investors were net sellers of Rs884 million worth of shares, according to data maintained by the National Clearing Company of Pakistan.