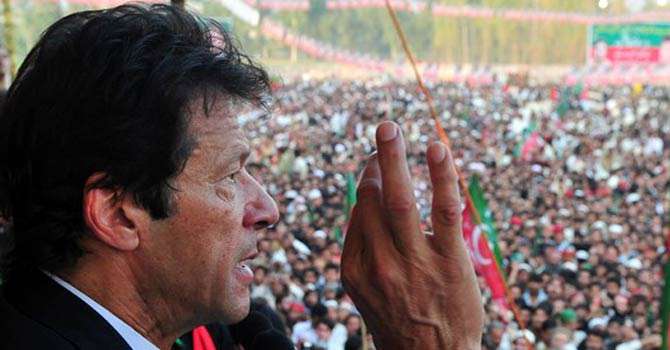 Pakistani opposition leader Imran Khan has announced that he will march on the capital Islamabad’s high-security “Red Zone” with his party workers and supporters.

Khan, the leader of Pakistan Tehreek-e-Insaf (PTI) party, made the announcement on Monday after the party decided to resign all seats in the country’s national assembly.

According to Interior Minister Chaudhry Nisar Ali Khan, the government will not allow anyone to enter the area.

Khan and cleric Muhammad Tahir ul-Qadri have been leading anti-government protests in Islamabad over the past several days.

They want Prime Minister Nawaz Sharif to resign and new elections to be held. They accuse Sharif of corruption and rigging last year’s parliamentary elections.

Both of the opposition leaders have pledged to keep up demonstrations until their demands are met.

Last week, the Pakistani premier announced that the Supreme Court of Pakistan would carry out an investigation into allegations of vote rigging in the general elections.

The government has called for talks with the opposition. However, the offer has been ignored by Khan and rejected by Qadri