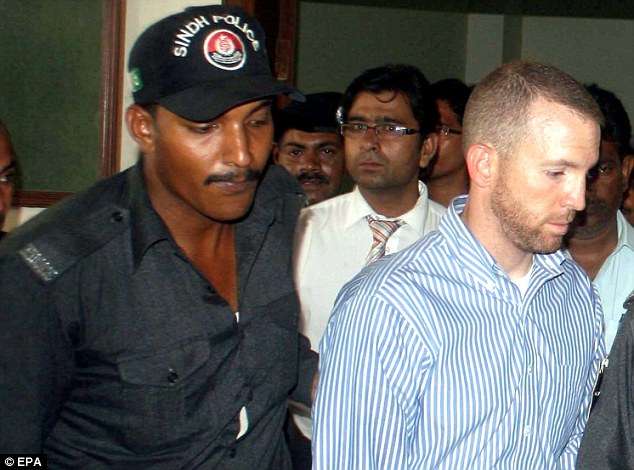 ISLAMABAD, May 07, 2014 (Xinhua via COMTEX News Network) — Pakistan said Wednesday the United States has contacted the government after the authorities this week arrested an American national for carrying ammunition boarding a flight in the port city of Karachi. The man who was later found to be an agent for the US investigating agency, the Federal Bureau of Investigations (FBI).

Joel Cox was attempting to board a domestic flight to the capital Islamabad on Monday evening, when the Airport Security Force (ASF) discovered 15 bullets of 9mm caliber and a pistol clip in his baggage.

A police officer in Karachi, Rao Anwar, said the police are investigating as to how a person can carry ammunition when he is in Pakistan on a visit visa. He also told reporters that the accused has failed to provide any document that allows him keep bullets.

A local judge in Karachi has handed the US national to the police for questioning. He will remain in police custody until May 10. He is also facing anti-terrorism charges, police said.

Spokeswoman for the US Embassy in Islamabad, Meghan Gregonis said that the US officials are closely coordinating with the Pakistani authorities to solve the issue.

The Foreign Ministry spokesman, Tasnim Aslam, confirmed the US embassy has contacted the government about the arrest of its national. She said the government is looking at the US request.