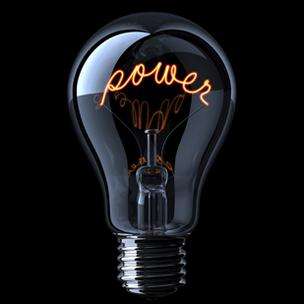 ISLAMABAD – Expressing complete dissatisfaction over the current load management schedule Prime Minister Nawaz Sharif has directed for bring loadshedding down to six hours and seven hours in urban and rural areas respectively.
The prime minister further directed for shifting gas from fertilizer industry to power sector and reducing gas supply to CNG sector partially for generation of additional 592 megawatts in the system.
The PM passed these orders after having a briefing on load management plan for the months of May, June and July in a high-level meeting held here at Prime Minister’s House on Wednesday.
Despite marathon sessions and series of meetings, water and power ministry on Wednesday was unable to convince the PM that how it will bring long hours of black out to six hours per day. According to sources, during the meeting Nawaz Sharif reprimanded State Minister Abid Sher Ali on his failure to reduce loadshedding, despite his clear instructions last week.
PM has been conducting meetings regarding load management from last one month and during these meetings Minister Abid Sher was given free hand to use all means to streamline the system, ensure recoveries and act against illegal connections. The PM even directed him to replace inefficient officers.
But despite all this, the ministry of water and power was unable to reduce long hours of loadshedding which have in fact increased gradually. Recently up to 15 hours of loadshedding has been reported from urban and up to 20 hours loadshedding from rural areas.
According to data from NTDC at 0900 hours on Wednesday, total power generation was 10600 MW whereas demand was 14100 megawatts. Total shortfall was 3500 megawatts. According to sources it was learnt that at peak hours the shortfall reached to around 7,000 MW.
Among others, the meeting was attended by Punjab Chief Minister Shahbaz Sharif, Petroleum and Natural Resources Minister Shahid Khaqan Abbassi, State Minister for Petroleum Jam Kamal Khan, Special Assistant to PM Musadiq Malik and other senior officials.
Suggesting an immediate plan to reduce loadshedding, Abid requested PM to provide natural gas to power plants which can immediately add 600-700 MW to the system, and the PM directed petroleum ministry to provide natural gas to power generation plants. During the briefing it was informed that additional 1,000 MW will be added from the hydel sources on the May 11 and another 3,500 MW from hydel sources will also be added to the system by the end of this month.
The prime minister also directed water and power ministry to devise a comprehensive plan to curb loadshedding and submit it tomorrow at PM secretariat. It was learnt that Nawaz Sharif took notice of slow recoveries also and directed to speed up the process. The ministry has so far recovered Rs3.2 billion dues mostly from government departments in current move against the defaulters.
PM Nawaz directed ministries of Finance, Petroleum & Natural Resources, and Water & Power to ensure that fuel shortage issue is resolved in three days. About 630 megawatts in the system would also be added in the system through additional supply of fuel to Muzaffargarh and Jamshoro power plants. Prime Minister also directed to reactivate dormant power stations. He also directed to supply fuel to power houses through Railways to avoid leakages, pilferage and corruption.
After the meeting, state minister had a series of meetings with his officials and Petroleum Minister Khakan Abbasi. According to sources, he discussed the work plan for the supply of natural gas to power generation plants. It was learnt that petroleum ministry was in a fix as with limited gas supply it was not possible to accommodate power plants and textile and fertilizer industry simultaneously.
The Sharif government after coming in power stopped natural gas supply to power plants and provided this gas to textile and fertilizer sectors. The suspension of gas to textile and fertilizer sector could create difficulties for the present government. It was learnt that petroleum ministry was considering reducing or stopping gas supply to CNG stations to accommodate power plants and continue supply to Fertilizer and Textile industry.
The ministry of water and Power officials are hopeful that in coming days loadshedding duration will decrease as after May 8-10, provinces will start demanding water for irrigation purposes and it will add hydel power to the system. They are also hopeful, that water levels in river Kabul will decrease and IRSA would release water. River Kabul falls in river Sindh near Attock and then whole water is wasted in sea as Pakistan has no dam in between. If controversial Kala Bagh Dam is built it can add more than 3,500 MW to the national grid. Due to heavy rains in catchments areas in last 4-5 days, water levels in the river shoot to 81,000 cusec from a normal of 40,000-cusec approximately.