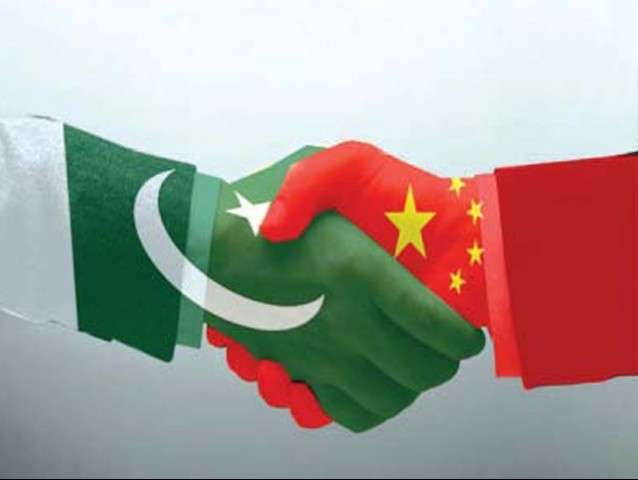 At the invitation of President Xi Jinping, Pakistan’s President Mamnoon Hussain began a four-day state visit to China on Tuesday.

During his visit, in-depth discussions will be conducted on developing the relations between the two countries and views and opinions exchanged on regional issues and the international situation to strengthen communication, coordinate mutual stances and consolidate cooperation. A joint statement is also expected to be issued demonstrating both countries’ willingness and determination to consolidate the bilateral strategic cooperative partnership, advance their time-honored all-weather friendship and deepen all-round cooperation.

Since the establishment of diplomatic ties, relations between China and Pakistan have stood the test of time and the changes in the international situation; they have become all-weather strategic and cooperative partners. Their relations have also become a paradigm for good-neighborliness and friendliness, characterized by mutual support and cooperation for win-win results.

During his visit to Pakistan in May, Premier Li Keqiang proposed the establishment of the China-Pakistan Economic Corridor, which received a positive response from his hosts. A memorandum of understanding on the project’s long-term plan and cooperation was soon signed.

So far a joint committee organized by China’s National Development and Reform Commission and Pakistan’s Planning and Development Department and related working groups has been established and positive planning and coordination are being conducted to steadily push for the construction of the corridor.

The China-Pakistan Economic Corridor will be of important economic, diplomatic, security and strategic significance. It will open new areas for mutually beneficial cooperation between the two countries and offer a new force for their economic integration. It will also further expand the depth and breadth of bilateral strategic cooperation and push their strategic cooperative partnership to a new level.

To accelerate the project’s construction, China and Pakistan will have to forge a traffic and transportation corridor between their adjacent cities, towns and ports, to facilitate and expedite the flow of personnel and goods. By taking advantage of their free trade agreement and their trade processing areas and border trade areas, the two countries can also push for the construction of a commercial trade corridor to promote the faster development of investment as well as the bilateral trade in goods and services.

The two countries will also promote their industrial cooperation along the frontier region. China can make use of the advantages enjoyed by its western regions to leverage the complementariness between the two economies to push forward bilateral cooperation in the industrial, agricultural, mining, financial, telecommunication and service sectors. The construction of the corridor will also help both countries strengthen cooperation in nuclear, solar and biomass energy. At the same time, an oil and gas pipeline project between the two countries can also be launched.

Taking a longer perspective, the corridor, after its completion, will become a kind of economic community that can link the Asian continent to the Indian Ocean, and thus its functions and influences will extend to adjacent East, South, Central and Western Asian regions. This will produce significant influences on the geo-economy and change the established economic and trade pattern in Asia, Africa and the Indian Ocean region.

In the context of deepened cooperation and integration in Asia, the China-Pakistan Economic Corridor is also expected to become a paradigm of bilateral economic cooperation, construction of free trade areas and interconnectivity. As Hussain pointed out ahead of his visit, the corridor will benefit not only people in Pakistan and China, but also billions of people in the whole region.

Hussain also said he hopes his visit will strengthen personnel exchanges with China and promote the development of bilateral cultural ties. To this end, he will spare some time in his busy agenda to visit the heads of the Pakistan study centers set up in several Chinese universities. In late March, the heads of these centers will attend a China-Pakistan commercial and trade forum as well as the symposium on strategic cooperation between think tanks in Islamabad.

Like previous leaders of Pakistan, Hussain views China as Pakistan’s best friend, while China also puts ties with Pakistan in a preferential diplomatic position. Under the current complicated and changeable regional and international situations, the frequent high-level visits between China and Pakistan and their close communications and cooperation will not only help consolidate bilateral strategic cooperative partnership, but also benefit the peace and stability of the region.

The author is director of the Pakistan Study Centre, Fudan University.