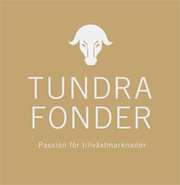 Tundra Fonder continues to focus on frontier market funds. The Tundra Vietnam Fund will be
the first actively managed Vietnam fund run by a Scandinavian asset manager. Vietnam is
preparing for expanded foreign ownership, and many are comparing Vietnam to China 20
years ago.
The Tundra Vietnam Fund will be Tundra’s fourth frontier market fund, and the first new pure
country fund from the fund manager since the Tundra Pakistanfond fund was launched in
October 2011.
Vietnam’s tourism industry continues to grow rapidly. In 2013, the number of tourists rose by
11% to 7.5 million. The country is recovering from the property crisis of 2008, which hit the
banking sector hard. A clean-up of the banks’ credit portfolios will eventually lead to greater
lending. In addition, we are seeing how production is now moving to Vietnam from countries
such as China. Samsung Electronics expects to manufacture 40% of all its handsets in Vietnam by
2015. There is also a proposal to further open up the stock market to increased foreign
ownership.
“We have confidence in Vietnam, and in the country’s ability to grow and increasingly expand its
middle class. It is the world’s 13th largest country, with 90 million people of which over 40% are
under 25. Manufacturing industry is now moving to Vietnam due to lower production costs and
an attractive investment climate. Vietnam is reminiscent of how China looked 20 years ago,”
says Mattias Martinsson, Chief Investment Officer at Tundra.
Subscription will start on April 29, and the fund opens on May 6. The Tundra Vietnam Fund will
be managed from Stockholm with research support from Tundra’s office in Karachi, Pakistan
Since it was founded two and a half years ago, Tundra Fonder has launched a number of funds,
including four with a focus on frontier markets, and has assets under management of SEK 1.2
billion.

It is an important development for Pakistan that a foreign investment company is looking at Pakistan to be its resource home as against other conventional countries like India and Dubai.

According to Muhammad Shamoon Tariq, CFA ‘We are determined to go deeper in the frontier/Emerging markets and this is the significant step Tundra is taking in making Pakistan a frontier’s hub.’