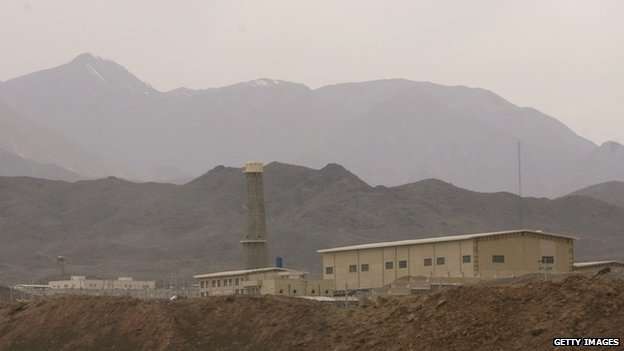 Iran says it has shot down an Israeli drone near the Natanz nuclear enrichment site.

The Revolutionary Guards said they fired the missile as the stealth drone approached the area, 300km (185 miles) south of the capital Tehran.

The statement did not say when the drone was brought down, nor how the Guards knew it was Israeli.

World powers are currently negotiating with Iran over its nuclear programme.

Tehran insists it wants to keep its nuclear capabilities for peaceful purposes, but critics – including many in Israel – say this is a front for producing nuclear weapons.

In the past, Israel has frequently threatened to attack Iran’s nuclear plants.

An Israeli military spokesman told the BBC there was no comment or reaction to be given about such foreign reports.

The statement from the Revolutionary Guards said the drone was on course to fly over the nuclear facility at Natanz.

If so, the fact that the drone managed to get so close raises questions about Iran’s detection capabilities, says BBC Persian’s Rana Rahimpour.