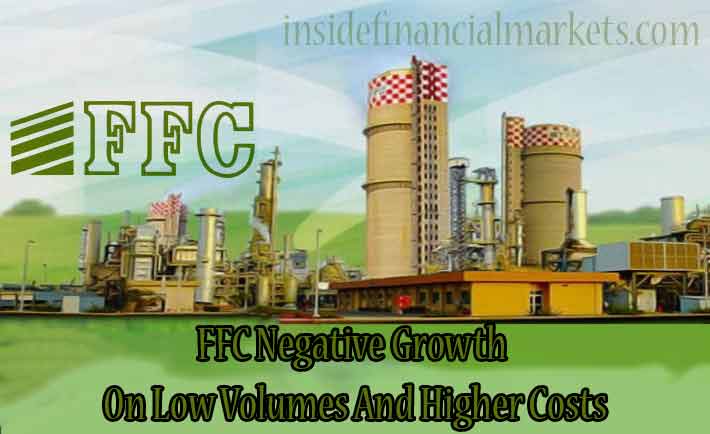 In our today’s morning briefing we would discuss the performance of Fauji fertilizer Company Limited (FFC) in 9MCY15.

The bottom-line of Fauji Fertilizer Company Limited (FFC) witnessed negative growth in 9MCY15 due to decline in volumetric sales along with higher finance cost due to surge in borrowings. The profit after taxation (PAT) of the company totaled Rs 11,946 million (EPS: Rs 9.39) versus a PAT of Rs 12,962 million (EPS: Rs 10.19) in 9MCY14. In addition to the above mentioned factors, the bottom-line was also affected by higher effective taxation and slight rise in cost. However rise in other income on back of increased dividend income had a positive impact on the bottom-line.

On QoQ basis however the bottom-line posted a growth of 56% in 3QCY15 as its PAT totaled Rs 3,680 million (EPS: Rs 2.89) as against a PAT of Rs 2,359 million (EPS: Rs 1.85) in 2QCY15. This heavy growth was made possible due to massive rise in other income and lower effective taxation. The corporate results were accompanied with a third interim cash dividend of Rs 2.75/share in addition to the already paid cash dividend of Rs 5.69/share during 1HCY15.

Due to uncertainty regarding increase in urea prices and allowing huge discount to dealer for decreasing inventory, we have a neutral stance on stock which is trading at Rs121.60/share offering an upside potential of 18% to our June’16 target price of Rs 144/share.