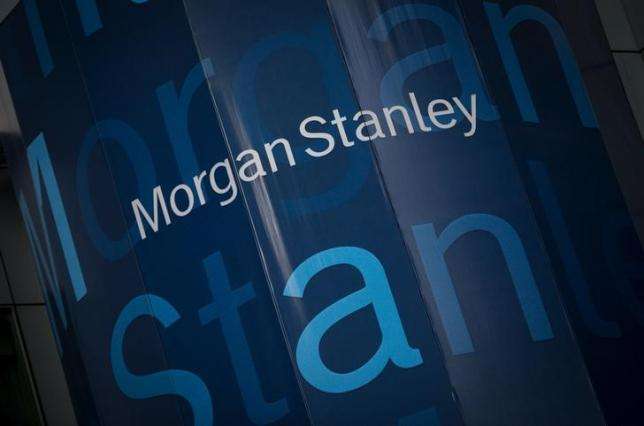 Morgan Stanley (MS.N) on Monday warned that there was little hope for a quick turnaround in its key trading business given the persistence of global growth concerns that helped pummel the bank’s third quarter earnings.

Chief Executive James Gorman was put on the defensive after a 42 percent slide in bond trading, one of its worst performances since the financial crisis, and a drop in its private-equity business sent net income skidding.

“We’re by no means complacent about this,” Gorman told analysts after the forecast-lagging results. “We want to make sure this isn’t a long-term trend and we’ll take whatever steps we need to take.”

Gorman said recent management changes, such as the promotion of global equities head Ted Pick to oversee all of trading, would allow better coordination between the firm’s bond and equities desks.

Pick, who previously helped to turn around Morgan Stanley’s equities business into the top franchise on Wall Street, has his work cut out for him.

While factors such as doubts about Federal Reserve rate policy and China’s economic slowdown have wreaked havoc on many banks’ trading results, Morgan Stanley’s bond trading performance was the worst on Wall Street, outpacing a 33 percent drop at arch rival Goldman Sachs (GS.N).

The impact of trading on the bank’s bottom line comes despite Morgan Stanley’s efforts to insulate itself from market gyrations by focusing more on wealth management.

“So far in the quarter, some of the key drivers that will likely drive client activity are mixed,” Pruzan said on a call with analysts. “Drivers of near-term uncertainty, including the Fed, China, commodities and global growth, have not diminished.”

Aside from trading, the bank also saw weakness in its investment management unit, as revenue fell about 59 percent due to losses at the bank’s private equity business in Asia. The business – a smaller part of the bank that it has been trying to refocus on – includes asset management, alternatives and merchant banking. In early October, the bank shifted Dan Simkowitz from his role as co-head of global capital markets to a new position heading the group. The move followed a broader shuffling of key wealth management and securities executives this year as part of a firm-wide effort to get those two businesses to work more closely.

Revenue from investment banking, a traditional strength, fell 15.3 percent to $1.31 billion as a drop in revenues from equity and debt underwriting overshadowed a strong M&A market. The bank’s shares tumbled as much as 6.9 percent in morning trading on Monday – the biggest percentage drop since November 2012 – wiping out about $4.6 billion in market value.

Financial markets have been on tenterhooks for months, trying to gauge when the U.S. Federal Reserve will raise interest rates for the first time since 2006.

Analysts on average had expected earnings of 62 cents per share, according to Thomson Reuters I/B/E/S. Excluding accounting adjustments, net revenue was $7.33 billion, missing the average estimate of $8.54 billion.

“We don’t think this quarter says anything negative about Morgan Stanley’s safety and soundness, but it looks like one they’d like to forget ASAP,” Oppenheimer analyst Chris Kotowski said.

Revenue in the bank’s increasingly important wealth management business fell 3.5 percent to $3.64 billion, but accounted for 46.9 percent of revenue, compared with 42.4 percent in the year-ago quarter. The pre-tax margin in the wealth business expanded to 23 percent from 21 percent, within Gorman’s target for year-end.

The weakness in investment banking came even as Morgan Stanley ranked second globally in mergers advisory volumes in the first nine months of the year, after Goldman, according to Thomson Reuters data.

Pruzan said the bank had seen a strong start to deal activity in the fourth quarter. Revenue from equity underwriting, however, slid 46 percent to $250 million, reflecting market turbulence that discouraged many companies from going public.

As of Oct. 9, U.S. IPO activity this year was down 42 percent compared with the same period last year, according to Thomson Reuters data.

Morgan Stanley said it had spent 18.4 percent less on employee compensation in the quarter, the lowest since the second quarter of 2010.

Weak trading revenues are likely to mean Wall Street bankers and traders will get smaller bonuses this year.