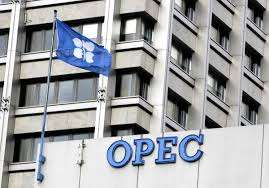 Opec agreed on Wednesday its first oil output cuts since 2008 after Saudi Arabia accepted “a big hit” on its production and dropped its demand on arch-rival Iran to slash output. Non-Opec Russia will also join output reductions for the first time in 15 years to help the Organisation of the Petroleum Exporting Countries prop up oil prices. Brent crude jumped over 9 percent to more than $50 a barrel as Riyadh reached a compromise with Iran and after fast-growing producer Iraq also agreed to curtail its booming output.

“Opec has proved to the sceptics that it is not dead. The move will speed up market rebalancing and erosion of the global oil glut,” said Opec watcher Amrita Sen from constancy Energy Aspects.

Saudi Arabia will take the lion’s share of cuts by reducing output by almost 0.5 million bpd to 10.06 million bpd. Its Gulf Opec allies – the United Arab Emirates, Kuwait and Qatar – would cut by a total 0.3 million bpd. Iraq, which had insisted on higher output quotas to fund its fight against Islamic State militants, unexpectedly agreed to reduce production – by 0.2 million bpd.

Iran was allowed to boost production slightly from its October level – a major victory for Tehran, which has long argued it needs to regain market share lost under Western sanctions. Clashes between Saudi Arabia and Iran dominated many previous Opec meetings. “If you get this deal done, it would be huge. You remove a lot of oil from the market and you get the Russian participation,” said veteran Opec watcher and founder of Pira constancy Gary Ross. He said oil could rise to $55 per barrel.

WILL OPEC COMPLY? Falih had long insisted Opec would do an output-limiting deal only if non-Opec producers contributed. Opec president Qatar said non-Opec producers had agreed to reduce output by a further 0.6 million bpd, of which Russia would contribute some 0.3 million.

Russia, which had long resisted cutting output, pushed its production to new record highs in recent months. A combined output reduction of 1.8 million bpd by Opec and non-Opec represents almost 2 percent of global output and would help the market clear a stocks overhang, which had sent prices crashing from levels as high as $115 a barrel seen in mid-2014.

Non-Opec Azerbaijan and Kazakhstan have said they might also cut. Opec suspended Indonesia’s membership on Wednesday since the country, a net importer, could not cut output, Qatar said.

The move will not affect Opec’s overall reduction as Indonesia’s share of cuts will be redistributed among other members. Bob McNally, president of Washington-based consultancy Rapidan group, said on Twitter that compliance with cuts would be key: “In deals with Russia, Opec is like (the late US) President (Ronald) Reagan used to say: ‘Trust but verify’.” Opec will hold talks with non-Opec producers on December 9. The organisation will also have its next meeting on May 25 to monitor the deal and could extend it for six months, Qatar said.