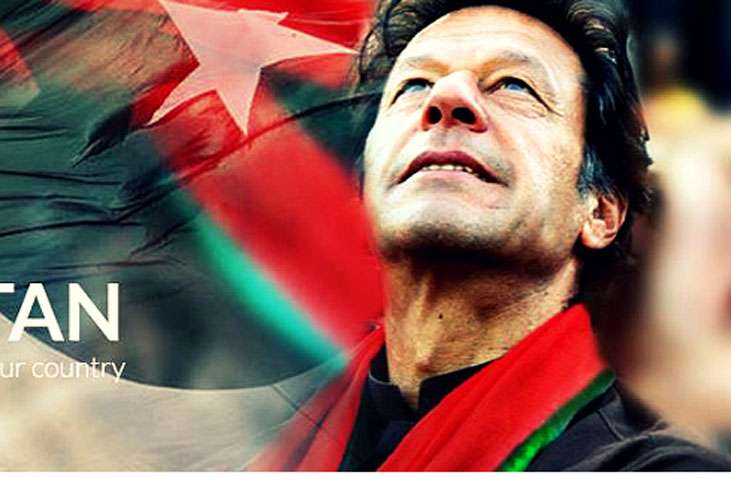 Pakistan Tehreek-e-Insaf (PTI) on Monday urged the Supreme Court to declare Prime Minister Nawaz Sharif ‘disqualified’ from the National Assembly for allegedly concealing his assets in the wake of the Panama Papers.

Seeking the court’s directives for the Chairman NAB to complete investigation into the mega corruption cases pending for the last 15 years, the petitioner prayed the Supreme Court to issue directives to Federal Interior Secretary to place the names of Nawaz Sharif and his family members on ‘no fly’ list.

Imran Khan alleged that Nawaz Sharif, his family members and Senator Ishaq Dar have been identified as “money launderers, currency smugglers, purchasers of extremely expensive foreign properties, in the name of minor children.”

He questioned their offshore companies in the British Virgin islands and other secret havens, setting up of bogus foreign currency accounts, “flouting” all legal controls over foreign declarations and setting up Gulf Steel Mills in Dubai during the Zulfikar Ali Bhutto era without ever disclosing the manner of transferring the money to Dubai and selling the same admittedly for US $ 9 million.

The PTI Chairman alleged that these respondents repeatedly gave “false” declarations of assets, hid assets, completely failed to pay taxes & dues and lied on the floor of the house, adding that their “criminalities” through connivance with the NAB & the FBR were hushed which raised their assets from 1 foundry to 29 entities as they became one of the largest entrepreneurs in the country.

“They have looted the wealth of Pakistan which belongs to the people of Pakistan, are incapable and disinterested in securing the life, liberty and property of the people, have destroyed the dignity of every Pakistani with the exposure of their shenanigans in Panama Leaks and thereafter have made a mockery of freedom of association and parliamentary democracy, manipulated the system to their personal advantage and have ensured that Article 25 is all but wiped out in their accountability and tax payments,” Khan submitted.

He said that the Supreme Court is the last hope of the people of Pakistan.

Citing the Articles 62 (d) and (f), 63 (1) and (p) of the Constitution about qualification and disqualification of a person from being elected to the National Assembly, Imran said that Nawaz Sharif on the floor of the house had said that Gulf Steel in Dubai was established by his late father in 1972 through transferred money after nationalization and sold in 1980 for US $ 09 million.

“However his [Nawaz’s] son, Hussain Nawaz, added a sardonic & ironic layer to the respondents wealth by re-asserting that the properties in London were purchased from the sale of the steel mills in Jeddah and the Steel Mills had been set up with loans from banks and friends. But prior to that the properties had been rented during his student days and rent was remitted from Pakistan. This was stated by Hasan Nawaz in HARDtalk program of BBC. The first lady claimed to have purchased the flats in 2000 for their children. However, Maryam Nawaz (Safdar) maintained in 2012 the family had no property abroad,” Khan submitted.

The petitioner stated that the failure of Nawaz Sharif and Captain Safdar (retd) to correctly disclose their assets or of their dependents, prima facie establishes disloyalty to the state, disobedience to the constitution and laws applicable to him.

He further contended that the default in payments of taxes due, the evasion of taxes by sleight of papers, the false declaration of assets submitted render Mian Nawaz Sharif disqualified to remain a member of the National Assembly and as a consequence, the Prime Minister of Pakistan.

Khan claimed that non-disclosure of receipt of huge amount by his spouse, disqualify Captain Muhammad Safdar (retd) while the confessional statement of Senator Ishaq Dar disqualifies him also.

The petitioner also prayed the apex court to issue directives to the concerned authorities for recovery of looted/laundered money along with properties purchased through British Virgin Island companies and companies in other safe havens.

The PTI Chairman further prayed the court to ask the NAB Chairman and the FBR Chairman to probe and minutely scrutinize the tax returns and asset declarations of respondent and the entire Sharif family.

Imran Khan also prayed the court to issue directives to Federal Secretary Law and Chairman of the NAB to initiate claims on behalf of the government for recovery of the properties in question.