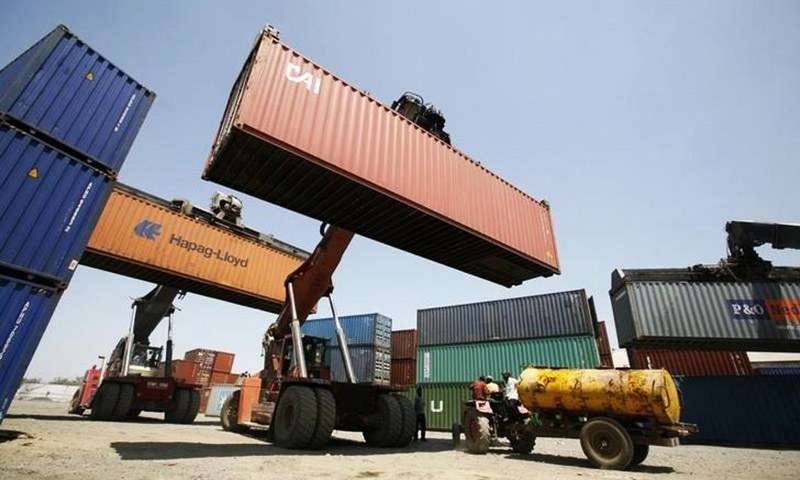 Pakistan’s exports of textile and clothing witnessed a decline of 2.64 per cent in July-August on a year-on-year basis.

In absolute terms, export proceeds from the sector fell to $2.07 billion in the first two months of the fiscal year compared to $2.12bn recorded in the same period a year ago, according to data released by the Pakistan Bureau of Stati­stics (PBS) on Wednesday.

Last year, exports of ready-made garments witnessed nominal growth despite a fall in the exports of most products.

In July-August, exports of ready-made garments witnessed an increase of 3.76pc from a year ago while those of bed wear surged 5.28pc.

However, exports of knitwear, which is a value-added segment, declined 3.18pc during the months under review on an annual basis.

The decline is despite the fact that the Generalised Scheme of Preferences-Plus provides zero-duty market access to Pakistani exportable products, including textile and clothing, into the European Union.

The five-year textile policy effective from July 1, 2015, which is laden with incentives for the promotion of value-added sectors, seems to have helped the garment sector maintain sluggish growth in exports. On the positive side, the import of textile machinery witnessed year-on-year growth of over 5pc in the first two months of the current fiscal year.

The commerce ministry has already announced the overall export target of $35bn for 2018. Exports of primary commodities like cotton yarn and cotton cloth registered negative growth of 16.64pc and 4.12pc, respectively, in July-August on a year-on-year basis. Exports of towels also declined 17.42pc annually in July-Aug.

Exports of tents, canvas and tarpaulin went up by 82.55pc year-on-year while made-up articles, excluding towels, rose by 11.83pc and other textile materials increased by 9.35pc over the period under review.

The import bill for oil and eatables witnessed an annual decline of 4.81pc in the first two months of the current fiscal year.

In absolute terms, the import bill of these two products decreased to $2.37bn in July-August from $2.49bn recorded in the same period a year ago.

The import bill of food products in July-August witnessed an annual increase of 15pc to $883.34m.

Statistics showed that the oil import bill fell to $1.48bn in July-August from $1.72bn a year ago, indicating an annual decline of 13.61pc.