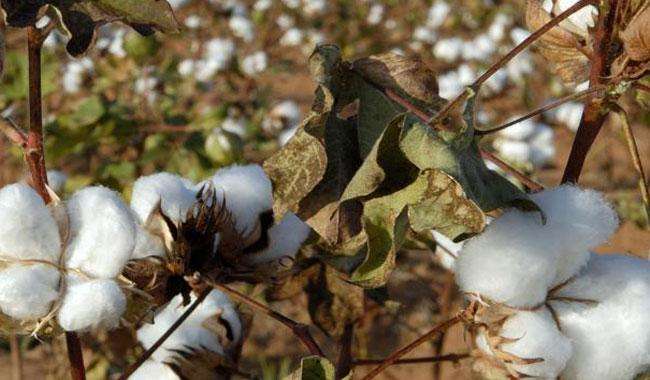 Indian exporters back out from cotton deals on price dispute

Indian cotton exporters have backed out from their commitments of delivering 50,000 bales to Pakistan, demanding more rates than what they agreed for the orders booked in November and December last year, industry sources said on Saturday.

“Indian exporters now want either cancellation of all the deals or an increase in the price,” one importer said. “Local mills are coming back and buying from the local market… they are in trouble.”

Officials said cotton delivery was expected in January and February.  They said the state-owned Department of Plant Protection (DPP) disrupted cotton supply from India in November and December 2016.

The DPP discontinued import of lint from India despite the arrival of 12,000 bales at the port on November 20. Around 10 spinning mills had imported the lint, but the government held them at the port and ordered their re-exports. Following such orders, some mills had received stay orders from the courts.

However, a meeting between the All Pakistan Textile Mills Association and officials of DPP in December last year sorted out the matter and thereby the government allowed conditional delivery of 12,000 bales and further import from India.

Textile mills said they need more imports as local crop is not sufficient, especially in view of the announcement of exports incentive package that encourages rise in exports from mainly textile industry.

Because of a gap in demand and supply, Pakistani millers have booked import orders for 2.3 million bales from India, China, US, Sudan and South Africa. Around 0.7 million bales were booked from India. “Since India is nearby and even Wagah border is opened for lint delivery, it is feasible compared to imports from other countries,” said an industry official.

Industry officials said the fate of another 200,000 bales, expected to come from India, is also hanging in the balance after the price issue. An official said India used the same tactics in 2008/09 and 2012/13 when prices had suddenly increased after the trade deals.

“Importers are likely to move to the International Cotton Advisory Committee against the Indian exporters, who violated the agreements or were using delaying tactics in other delivery after the price hike,” he said.

Officials said an increase in the sugar mills and unavailability of proper seed and pesticides are the major reason of cotton growers going for the other crops.

“The weaker-than-expected recovery in cotton output is mainly due to a sharp contraction in the sowing area in the Punjab,” the State Bank of Pakistan said in a report. “In particular, exceptional losses from previous year’s crop (due to pest infestation) and low domestic cotton prices at the sowing time, pushed growers away from cotton to other crops (sugarcane and maize).”

The area under cotton cultivation in Punjab saw a reduction of more than 20 percent over last year. A shift to maize and sugarcane crops caused around 35 percent of the decline in area. Some area has gone to minor crops, agriculture experts said.