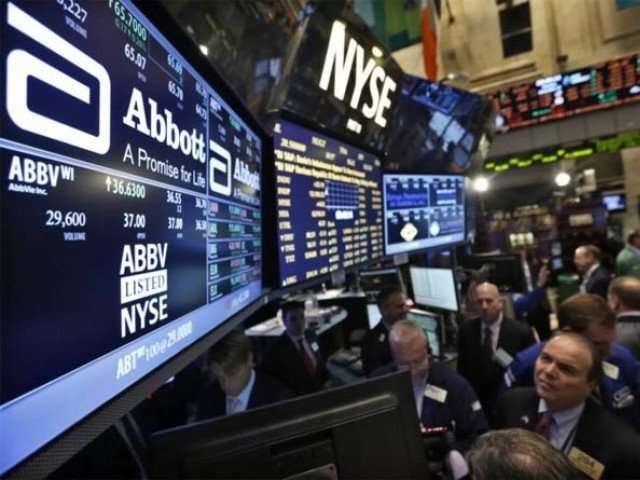 Pakistan will suffer when, and if, US interest rates rise

Any further increase in interest rates by the US Federal Reserve would lead to an appreciation in the value of the US currency, which would carry adverse implications for developing countries including those that have heavily obtained foreign loans, say global experts.

The world is entering a very chaotic period, as any further increase in US interest rates and cut in taxes by the upcoming Donald Trump administration would sharply appreciate the US greenback, said Li Daokui, Dean, Schwarzman College, Tsinghua University, China. He was speaking at the World Economic Forum’s session on ‘Monetary Policy: Where Will Things Land’.

Other speakers also highlighted similar concerns while arguing that strong US currency was not a good omen for developing nations, particularly those relying on foreign debt to run their economies.

Pakistan is among those countries that have sharply increased reliance on foreign loans after their inflows started slowing down due to problems at home and abroad.

In December last year the US Federal Reserve increased the key policy rate by 25 basis points after years of low rates. There are anticipations that the US would increase the rates again in the current year.

However, Anthony Scaramucci, the Director of the Office of Public Liaison and Intergovernmental Affairs of the upcoming Trump administration, said that the US was still not on the interest normalisation path. He said that interest rates were still at the lowest historical level, adding that the strength of the US dollar would determine the interest rate path.

Scaramucci said that even if the interest rate rises there are strong chances that the US economy would grow to change in economic policies by the new administration in the White House. He said that the Trump administration would want to have an independent Federal Reserve.

Scaramucci said that 97% of the population did not benefit from the economic recovery while the rest 3% were back to where they were before the Global Recession hit the world in 2007.

Li Daokui said that the Euro has weakened, Chinese currency is facing challenges and Japan has its own problems. He said that in the present day world the US dollar was more important than eight years ago. His apprehensions were that the US Federal Reserve was not realising this and taking decisions which were contrary to global growth.

Thomas Jordan, Chairman of the Governing Board, Swiss National Bank said that the expectations from the monetary policy were too big to be achieved.

David Ruberstein, co-founder and co-chief executive officer of Carlyle Group of the USA, said that some kind of intervention was required to stop dollar from becoming stronger. He said that the corporate sector in the developing countries has $4.5 trillion debt that will have implications if the greenback becomes stronger.

Li Daokui said that due to the US policies the funds were flowing back to the US, adding that from only China $500 billion to $600 billion were flowing to the US. He said that in his view the increase in monetary policy would not help achieve the objectives.