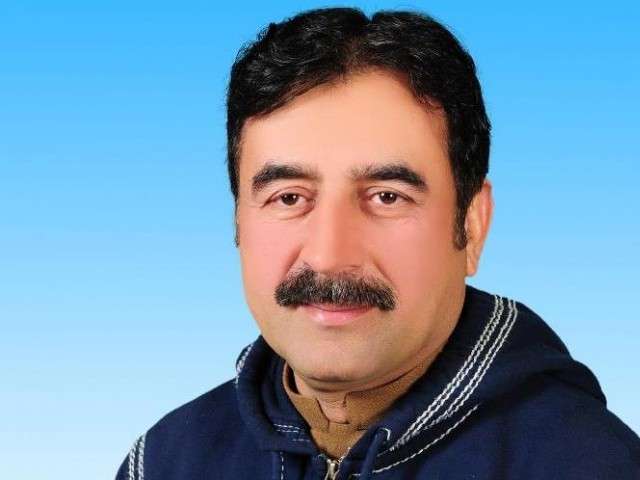 PESHAWAR: IFM Web Desk:  At least 28 people, including a provincial lawmaker of the Pakistan Tehrik-i-Insaf (PTI), were killed Tuesday when a suicide bomber detonated his explosives during a funeral procession in Mardan district of restive Khyber Pakhtunkhwa province.

At least 57 other people were also injured in the blast, said Jaffar Khan, the Deputy Inspector-General (DIG) of police in Mardan.

KP Information and Health Minister Shaukat Yousafzai confirmed that Imran Khan Mohmand, a PTI provincial lawmaker, was killed in the blast at the funeral procession.

Imran Mohmand was a worker for the Awami National Party, the former ruling party in the province, before he parted ways to contest the May 11 polls as an independent candidate. He later joined the PTI after winning the PK-27 seat.

The provincial lawmaker was attending the funeral in Sher Garh, located 20 kilometres from Mardan town, of Haji Abdullah, the owner of a local petrol station who was shot dead by unknown gunmen the previous day.

Worshippers were offering funeral prayers when the loud explosion ripped through the procession.

DIG Jaffar Khan confirmed that the explosion was a suicide attack.

No militant group has yet claimed responsibility for the blast.

Mohmand is the second PTI lawmaker to be killed this month in Khyber Pakhtunkhwa province where the party leads the ruling coalition government.

On June 3, PTI provincial lawmaker Fareed Khan was gunned down by unknown militants in the province’s Hangu district.

PTI chairman Imran Khan condemned the bombing, and called the attack on a funeral “truly shocking”.

“(I) strongly condemn the blast at funeral in Mardan & at the tragic loss of lives including our MPA Imran Mohmand. Our prayers go to the families of the Shaheeds (martyrs),” said the PTI chief in messages posted on social media website Twitter. “Targeting a funeral is truly shocking.”

Khan’s PTI-led KP government has announced cash compensation for those killed and injured in the deadly suicide blast.

Eleven people injured in the blast have been shifted to Peshawar for further treatment. The condition of at least two is stated to be critical.