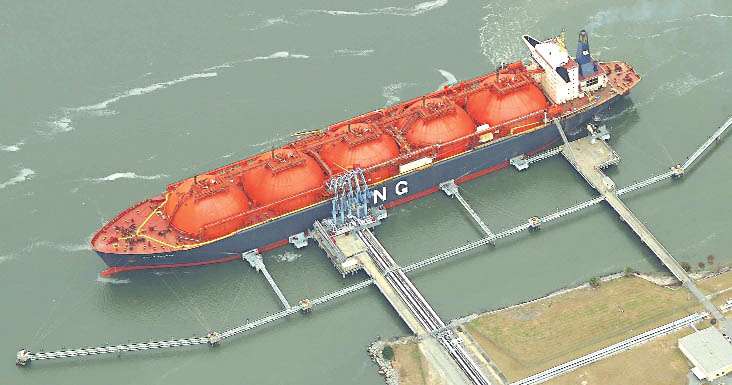 PAKISTAN TALKING TO QATAR ABOUT LNG IMPORTS IN 2015 – MINISTER – RTRS

PAKISTAN TALKING TO QATAR ABOUT LNG IMPORTS IN 2015 – MINISTER – RTRS

Pakistan is due to finish a terminal in January near the southern port city of Karachi that will initially handle 0.4 billion cubic feet of LNG per day (3.1 million tonnes per year).

But it aims to import 0.6 billion cubic feet per day once a new pipeline dedicated to LNG is completed.

The South Asian country of 180 million people suffers from a serious power shortage. Power cuts can last up to 20 hours a day in some areas.

“If extra gas comes into the system, it will change the entire economic structure of Pakistan,” Minister of State for Petroleum Jam Kamal Khan told Reuters.

Nearly half of Pakistan’s electricity is generated by gas.

The country produces around 4.1 billion cubic feet per day but needs around 6 billion, depending on the time of year.

Economists say hundreds of thousands of jobs have been lost because of the shortage, causing public anger, and estimate around two percentage points of GDP per year have also been lost.

In winter months, gas pressure to homes is so low many residents cannot cook or light a heater.

The problem is exacerbated by the authorities’ encouraging millions of drivers to convert their cars to compressed gas, which is cheaper than gasoline. The shortages mean lines at compressed gas stations can stretch around several blocks.

Pakistan has awarded a contract to build a second LNG terminal to government-controlled Sui Southern Gas Company and is considering building two more in the next two-and-a-half years, Khan said.

The country plans to begin by importing just 0.3 to 0.4 billion cubic feet of LNG per day since it lacks a dedicated pipeline, Khan said.