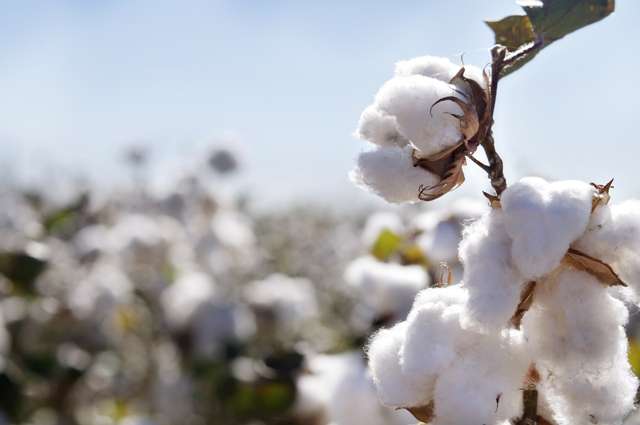 The Sindh High Court (SHC) has allowed the benefit of SRO.1125(I)/2016 to spinning mills on the import of raw cotton at the rate of zero percent/reduced rate being used for spinning stage by the spinning sector. According to a recent judgment of SHC in suit No 1763 of 2016, in the case plaintiffs have sought a declaration to the effect that they being “spinners” are entitled to get benefits provided under SRO 1125(1)/2011 dated 31.12.2011 as amended from time to time.

The counsel for the complainant in these cases have argued that plaintiffs are entitled to the benefit of SRO 1125(1)/2011 dated 31.12.2011, as it being applied to the manufacturers of textile sector. They argued that those who are engaged in the process of spinning of raw cotton/ginned cotton are well covered in textile sectors and its refusal by defendants to the spinners on import of raw cotton/ginned cotton is arbitrary, unlawful and violation of provisions of Sales Tax Act, 1990. It is further prayed that the defendants (FBR/MCCs) be directed to allow the plaintiffs to import raw cotton/ ginned cotton at 0% sales tax in terms of the aforesaid SRO.

The counsel at the very outset submitted that the sectors specified in column 2 of the table under PCT Heading, which is mentioned in column 3, are subjected to zero rate of sales tax under SRO 1125(I)/2011 subject to the condition No (xiv) of the said SRO. They further submitted that in terms of condition No (xii) the benefits are required to be extended to those who are registered manufacture or exporters of “5” zero-rated sectors mentioned in Condition No (i) ie textile, carpets, leather, spots and surgical goods and the, plaintiffs belongs to one of them.

It is claimed that in terms of condition No (xiv) of this SRO the notification was applicable from ginning stage onwards in the case of textile sector. They submitted that the SRO was amended and in the preamble of the said SRO 1125(1)/2011 dated 31.12.2011 where the zero rate was mentioned it was revised by 2% and insofar as the condition No (xiv) is concerned, it was amended to the extent that instead of spinners the exemption was made available “from spinning stage onwards”. However, vide notification bearing SRO No 491(1)/2016 dated 30.06.2016 the rate of sales tax was revised at zero percent to five sectors excluding supplies to finished fabric. It is thus claimed that since the amending SRO No 154 dated 28.02.2013 include the spinning stage, therefore the plaintiffs are entitled to such benefit as they are involved in the process of spinning.

The counsel submitted that the department is interpreting the amended condition from SRO 154 of 2013 as from stage subsequent to the stage of spinning and thus excluding the plaintiffs from the benefit of such SRO 1125(1)/2011 dated 31.12.2011 with all its amendments from time to time which is arbitrary and unlawful.

The counsel appearing for the defendants have opposed the contentions raised by the counsel for the plaintiffs and submitted that the interpretation of SRO 154(1)/2013 dated 2802.2013 is such that, its conditions are made applicable to the stage subsequent to the spinning stage as the word used in the condition is from spinning stage onwards” and hence it would exclude the spinning stage. They further relied upon some Google research to demonstrate that in between ginning and spinning stages there, are two more steps ie carding and combing and until and unless the ginned cotton are carded and combed it cannot form raw material for the spinning. Hence, since it does not form raw material for the spinning therefore the benefit of the subject SRO cannot be extended to plaintiffs/spinners. They have provided the text of all the processes from ginning up to weaving of fabric. The SHC bench after hearing the rival argument for the parties and perused the material available on record had decreed the judgment in favour of the spinning sector.

It was held by the court that primarily the description of goods specified in PCT-heading 52.01 and 52.03 would not make much of a difference since these are within Chapter 50 to 63 of column 3 of subject SRO. The other issue involved is whether the language of the amended notification/SRO 154/2013 excludes the spinners from availing benefit of SRO 1125(1)/2011 dated 31.12.2011 as amended from time to time.

The counsel for defendants who were also assisted by Deputy Collector (Law) are of the view that the language of the amended condition in SRO 154/2013 is such that it ought to exclude the spinning stage and onwards. A simple and pure understanding of above language and law would show that it mean and include the spinning stage and it cannot be excluded by mere reading of the aforesaid wordings of the amended SRO. Had it been amended as “onward to spinning stage” the arguments of defendants’ counsel could have prevailed but not in the present circumstances.

The other point that relates to additional stages, the defendants counsel have provided text to show that perhaps two additional steps are available in between cotton and spinning stage which are carding and combing of the bales. The stages as suggested thus are Phutti, ginning, carding, combing, spinning and weaving. The ginned cotton is available in the form of bales. Ginning is a process which separates the seeds and removes the trash from the fiber. This ginned cotton fiber which is a product of ginning is called “tint” which is then compressed into bates and said to have a particular measurement in terms of its length and weight.

We need to understand here that these stages are being segregated by the defendants counsel to show what goods form raw material for the next stage. The objections of defendants’ counsel are that until and unless carding and combing stages are over, the product does form raw material for the spinning stage, SHC said. In order to understand whether it forms raw material for the spinners, it is essential that either a textural form of the goods or its chemical composition is changed to consider it as raw material for the next stage. Both the stages suggested by the defendants’ counsel do not show and prove that any of the form, textural form or chemical composition, is changed. In fact one of the stages has already been referred to as optional whereas the other stage only requires the lineup of the fibers nicely to make them easier to spin.

Hence, the two stages as referred by the defendants’ counsel are not such which are essential to be performed so that it may form raw material for the spinners. The moment cotton is ginned and converted into bales, whether or not it is carded and combed, it becomes raw material for the spinners. Keeping this in view, SHC was of the view that the plaintiffs are entitled for the benefit of subject SRO 1125(I)/2011 dated 21.12.2011 as amended from time to time and hence suit is accordingly decreed as prayed.