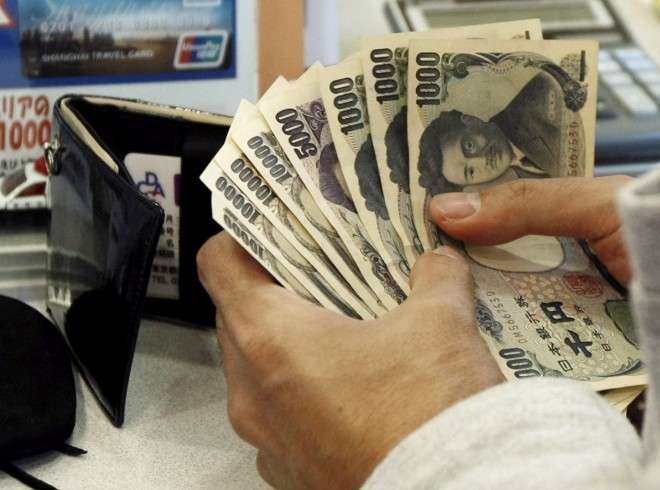 The global equities selloff continued in Asian trading after a slide in oil prices added to reasons for investors to tread carefully ahead of next week’s central bank meetings in the U.S. and Japan.

The MSCI Asia Pacific Index declined for a sixth day, the longest losing streak in four months. Futures on the S&P 500 Index fell after the U.S. benchmark closed at a two-month low, while haven assets including the yen and gold edged higher following gains in U.S. Treasuries. The British pound rose ahead of a Bank of England policy meeting, while New Zealand’s dollar slipped after economic growth missed estimates. Crude traded below $44 a barrel amid concern recent declines in U.S. inventories will prove temporary.

About $2 trillion has been wiped off the value of global equities over the past week as ever-present anxiety over an oil glut dragged down crude prices amid signs major central banks are questioning the case for loose monetary policies. While futures prices put the chance of a U.S. interest-rate hike on Sept. 21 at 20 percent, the probability is 55 percent for a move this year. Economists are divided over whether the Bank of Japan will add to unprecedented stimulus when its reviews policy on the same day as the Federal Reserve.

“The markets are under pressure,” said James Audiss, a senior wealth manager in Sydney at Shaw and Partners Ltd., which oversees about $7.5 billion. “Volatility is here to stay going into the back-end of the year with central bank meetings and the U.S. election coming up.”

Prospects for a U.S. rate hike may be swayed on Thursday as August figures for industrial output, producer prices and retail sales are released. The U.K. will also report on retail sales ahead of the BOE meeting at which policy makers are forecast to leave the key interest rate at a record-low 0.25 percent. Markets in mainland China, South Korea and Taiwan are shut Thursday for holidays.

“With investors trying to first gauge U.S. and Japanese monetary policy, purchases are being held back,” said Mitsushige Akino, an executive officer at Ichiyoshi Asset Management in Tokyo. “The Bank of Japan will probably add to its easing program, but there are parts that aren’t particularly clear.”

The yen strengthened 0.4 percent to 102 per dollar. Morgan Stanley said the BOJ will probably cut the rate on some bank reserves to minus 0.2 percent from minus 0.1 percent at next week’s meeting. Kyodo News reported late Wednesday that such a move will be considered by the BOJ, while a Nikkei newspaper article said that the central bank was exploring a deeper foray into negative rates to stoke inflation.

The Bloomberg Dollar Spot Index, a gauge of the greenback against 10 major peers, was steady after slipping 0.1 percent in the last session. New Zealand’s currency was down 0.2 percent after second-quarter gross domestic product increased 0.9 percent from the previous three months, less than the 1.1 percent expansion forecast by economists.

The British pound strengthened 0.2 percent. Investor attention will be on the BOE’s assessment of how the economy has performed since its last gathering on Aug. 4, when most officials saw scope for another rate cut this year. Switzerland’s currency was little changed before the nation’s central bank gives its quarterly policy assessment.

“The market is getting a little more conservative about when the balance will return and prices are adjusting to that,” said Ric Spooner, chief market analyst at CMC Markets in Sydney. “We have moderating demand combined with the possibility of increased supplies from Libya and Nigeria. There is also the potential for non-OPEC output to start increasing.”

Gold was up 0.2 percent, after advancing for the first time in six days on Wednesday. Nickel gained 1 percent in London.