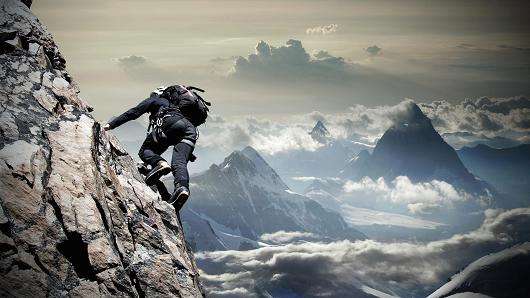 Asian stocks rose to a one-year high and the dollar maintained losses from the last session as prospects for a U.S. interest-rate increase this month remained subdued. Australia’s dollar strengthened ahead of a central bank policy meeting and oil advanced.

Technology and energy shares led gains on the MSCI Asia Pacific Index, while U.S. equity index futures edged higher. The Bloomberg Dollar Spot Index held near a one-week low as the Aussie advanced for a fifth day, its longest winning streak in six months. Crude traded above $45 a barrel after the world’s top two producers pledged to cooperate to stabilize global markets. Treasuries were little changed as trading resumed following a U.S. holiday and Japan’s 30-year bonds snapped a nine-day losing streak ahead of an auction.

Global equities and emerging-market assets have gained ground since American payrolls data on Friday helped damp the likelihood of a U.S. interest-rate increase this month. While the Federal Reserve is pondering tightening monetary policy, its counterparts across much of Asia and Europe are in the midst of easing cycles and a U.S. hike has the potential to destabilize financial markets. The Reserve Bank of Australia is forecast to leave its benchmark rate at a record low on Tuesday, after cutting borrowing costs in August.

“Monetary policy is going to remain easy around the world and that will continue to be supportive of risk assets,” said James Woods, a strategist at Rivkin Securities in Sydney. “The non-farm payrolls last week indicate there’s no rush for the Fed to raise rates. The Australian central bank will probably adopt a wait-and-see attitude before lowering rates further.”

Markets in Canada and the U.S. resume trading on Tuesday after holidays, and data on services output in the world’s biggest economy are due. Federal Reserve Bank of San Francisco President John Williams is due to speak and his comments may help shape the outlook for monetary policy. The probability of the Fed opting for a September rate hike fell by 10 percentage points last week to 32 percent, futures prices indicate.

The MSCI Asia Pacific Index rose 0.4 percent as of 12:31 p.m. Tokyo time, after advancing 1.3 percent in the last session. Japan’s Topix index climbed to a three-month high, while benchmarks in Hong Kong and South Korea were headed for their best closes in more than a year.

Futures on the S&P 500 Index added 0.1 percent, after the gauge rose 0.4 percent on Friday. Bayer AG sweetened its takeover bid for Monsanto Co. a second time on Monday, saying it would be prepared to pay $127.50 a share for the U.S. seed giant provided a negotiated deal can be reached. Monsanto ended last week at $107.44 in New York.

The Bloomberg Dollar Spot Index was little changed, after slipping 0.2 percent on Monday. The yen weakened as much as 0.4 percent to 103.81 per dollar, before recouping the bulk of its loss.

The Aussie surged 0.6 percent, the best performance among major currencies. The RBA is forecast to keep its benchmark interest rate at 1.5 percent in Governor Glenn Stevens’s final meeting, according to all of the economists in a Bloomberg survey.

“Aussie dollar bulls have some breathing room now that the odds of a September U.S. interest rate lift-off have considerably decreased,” said Stephen Innes, a currency trader at Oanda Asia Pacific Pte Ltd. in Singapore. The market is braced for a hawkish RBA statement following a recent run of “buoyant domestic economic data,” he said.

South Korea’s won and Taiwan’s dollar were both near two-week highs, with the latter advancing 0.3 percent.

“Asian currencies will be especially sensitive to comments from various Fed speakers this week,” said Khoon Goh, head of regional research at Australia & New Zealand Banking Group Ltd. in Singapore. “Any talk of September still being live should see Asian currencies give up some of their recent gains.”

Crude oil traded at $45.28 a barrel in New York, 1.9 percent higher than at the end of last week. It climbed as high as $46.53 on Monday before retreating after Russia and Saudi Arabia — the world’s two biggest producers — ended talks in China without agreeing any concrete actions to support prices. The two nations will attend talks this month in Algeria with other major producers and Russian Energy Minister Alexander Novak said Monday that they both view an output freeze as the most constructive instrument.

Aluminum rose 0.4 percent in London, after sliding more than 2 percent over the last two trading days to its lowest level in almost three months. Goldman Sachs Group Inc. warned that metals including aluminum and copper are poised for a retreat this year as Chinese demand wanes. Lead and tin retreated from their highest levels since the first half of 2015, declining 0.7 percent or more.

U.S. Treasuries due in a decade were little changed from Friday, yielding 1.61 percent. The rate on the two-year notes, which tend to be more sensitive to the monetary policy outlook, increased by one basis point to 0.80 percent.

Japan’s 30-year bonds rose for the first time in two weeks ahead of an auction of the tenor. The yield on the securities fell 1 1/2 basis points to 0.51 percent, retreating from the highest level since March.