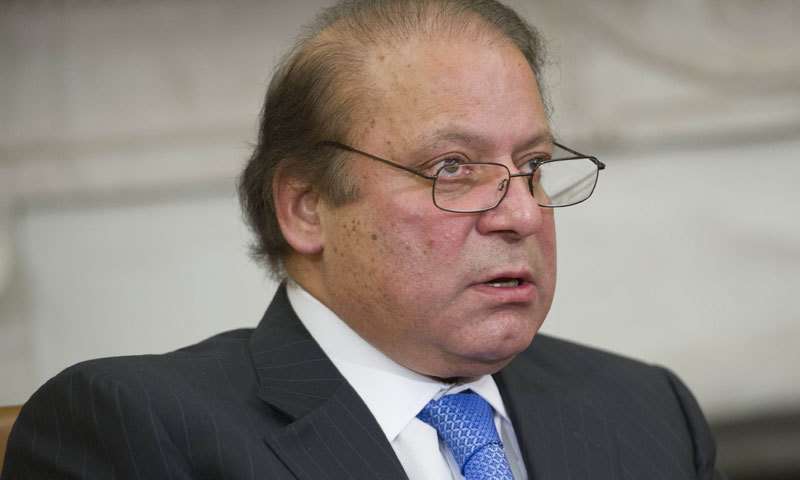 Prime Minister Nawaz Sharif Tuesday announced a package of incentives of Rs 180 billion that envisages abolition of customs duty and sales tax on import of cotton, textile machinery and man-made fibre to boost exports. He made the announcement while addressing a gathering of leading exporters and businessmen of the country here in Islamabad.

There were many challenges including terrorism, lawlessness, energy shortage, poverty and unemployment when the present government assumed charge, the Prime Minister said, adding the government took bold measures to brace these challenges and now the improvement is visible. The Prime Minister said that dozens of power plants are being installed under the China-Pakistan Economic Corridor (CPEC) while the government has also been funding a number of power projects to overcome the energy shortage.

The Prime Minister said that Pakistan Railways is also being revamped and upgraded with an investment of $8 billion with a plan to double the speed and halving the distance between Karachi and Peshawar. The interest rate is the lowest in the history of the country and the government is facilitating investors, he said, adding that his government had announced a package for agriculture and a package for the industry has also been given.

In his speech on the occasion, Finance Minister Senator Ishaq Dar said the Prime Minister has accepted all demands of the business community and the government is providing liberal incentives to businessmen and it is now responsibility of exporters to increase the exports significantly. He urged them to ensure that exports are increased to 10 per cent of the GDP.

Minister for Commerce Khurram Dastgir said that Pakistani exports lost competitiveness in the global market due to low incentives offered to the competitors, complications in taxation and energy shortages. He expressed the confidence that with this package and improvement in law and order and smooth provision of gas and electricity to the industry, exporters would show better results.

President Federation of Pakistan Chambers of Commerce and Industry (FPCCI) Zubair Tufail expressed hope that 2017 and 2018 would prove to be years of exports. He said the country has achieved economic stability as a result of measures taken by the present government during the last three years.

Chairman All Pakistan Textile Mills Association (APTMA) Aamer Fayyaz Sheikh thanked the government for announcing the generous package of incentives and said the business community would not disappoint the nation. Meanwhile in a press release, the Prime Minister said that road networks are essential to overall socio-economic development of the country and to provide access to far-flung areas, thereby, creating huge economic potential for trade and commerce.