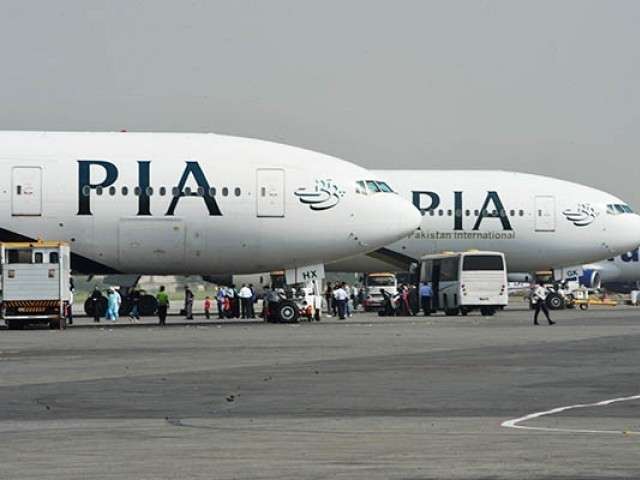 Pakistan International Airlines (PIA) after shelving its plan to acquire aircraft on Wet Lease has decided to go for Dry Lease which will be conducted by the same officials currently under investigation for acquiring planes at higher rates, The News has learnt.

PIA had suffered a loss of around three billion rupees during an earlier Wet Lease for six months when the management launched the Premier Service in August last year while acquiring aircraft from a Sri Lankan airline. Subsequently, the matter landed in the Federal Investigation Agency (FIA) and the PIA committee members who approved the tender of the wet lease are being probed.

In the meantime, the PIA management issued another tender for another Wet Lease in January this year, and the PIA officials already facing the FIA investigations would evaluate the new bidding as well.

“Different countries including Sri Lanka, Turkey and others submitted their bids and subsequently a proposal to select the highest bidder was forwarded to the Pakistan International Airlines Corporation (PIAC) Board for approval,” sources said.

According to sources, the PIAC Board outright refused to move forward for any wet lease against the offer of a company at $5,800 per hour on the grounds that the national airline would suffer a loss even at that rate.

When asked if the proposal regarding wet lease of another A-330 had been shot down by the PIA Board, PIA Spokesman Danyal Gilani said PIAC Board during its last meeting had decided that instead of wet lease the aircraft should be acquired on dry lease to save cost. He also confirmed that the PIA had advertised for dry leasing the aircraft and the process was under way. However, the spokesman didn’t respond when asked how the PIA officials already being probed could sit in the committee to decide another deal.

Federal Secretary Aviation Division and Chairman PIA Irfan Elahi confirmed the plan of acquiring aircraft for on Wet Lease has been wrapped up. Instead, the PIA would go for Dry Lease this time, he added.

He said the PIAC Board had rejected the wet lease proposal during its last meeting a couple of weeks back. “Now we have moved a tender and invited bids for the dry lease,” Elahi said adding the PIA Board members had refused to accept a wet lease against $5,800 per hour offered by a company citing a loss for national flag carrier.

When asked how the PIA officials already being probed could sit in the committee to decide another deal and will the new lease process be stopped till completion of FIA probe, the chairman expressed his astonishment, asking, “Why?” When told that they are facing charges for acquiring planes at higher rates which caused PIA Rs3 billion loss, the chairman responded: “But that doesn’t stop airline business.”