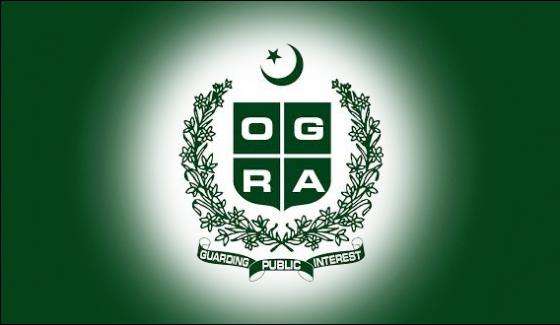 Oil and Gas Regulatory Authority (Ogra) is likely to recommend a rise in the prices of petroleum products by Rs 3 to Rs 5 per litre effective November 1, 2016 however the prevailing political situation may deter the government from approving the raise. Reliable sources in the Ministry of Petroleum and Ogra told Business RecorderTuesday that as per current international crude oil prices, Ogra is likely to recommend a rise in High Speed Diesel (HSD) by Rs 5 per litre, motor sprit (Petrol) by Rs 3 per litre, Light Diesel Oil (LDO) by Rs 4.5 per litre and kerosene oil by Rs 4 per litre from November 1.

The government”s refusal to raise prices would cost an estimated Rs 5 billion in revenue as it would be compelled to lower taxes on petroleum products.

At present government is collecting 36.5 percent general sales tax on HSD, 20 percent on petrol, 5 percent on kerosene, 20 percent on High Octane Blending Component and 12 percent on Light Diesel Oil. According to GlobalPetrolPrices.com a global website monitoring international oil prices on weekly basis, during the last week, the world average gasoline price remained stable at 0.97 USD per litre while diesel prices increased slightly by 0.01 USD to 0.86 USD per litre.

On a regional level, the European average gasoline and diesel prices increased by 0.3 percent and 0.5 percent respectively. Retail gasoline prices also increased slightly by 0.8 percent in Australia, by 0.5 percent in Asia, by 0.25 percent in South America, and by 0.10 percent in Asia. In the US, the world largest gasoline consumer, the national average fuel prices remained almost unchanged compared to the previous week. Petroleum ministry officials told BR that PSO receivables against different clients have jumped to Rs 252 billion and once again power sector is delaying payments, which is squeezing the company”s cash flow.

Though PSO is not yet faced with any immediate financial crisis yet prolonged delay in clearing its dues would negatively impact on its cash flows and the company may be compelled to rely on bank borrowing or injections from the Finance Ministry to enable it to open letters of credit. Pakistan State Oil owes around Rs 10 billion to refineries including Pak Arab Refinery, National Refinery, Pakistan Refinery and Attock Refinery; and Rs 50 billion against the import of LNG and Kuwait Petroleum Company.